The board of directors approved Muktar Kent to step down as CEO of Coca-Cola and to be replaced by President and COO James Quincey. 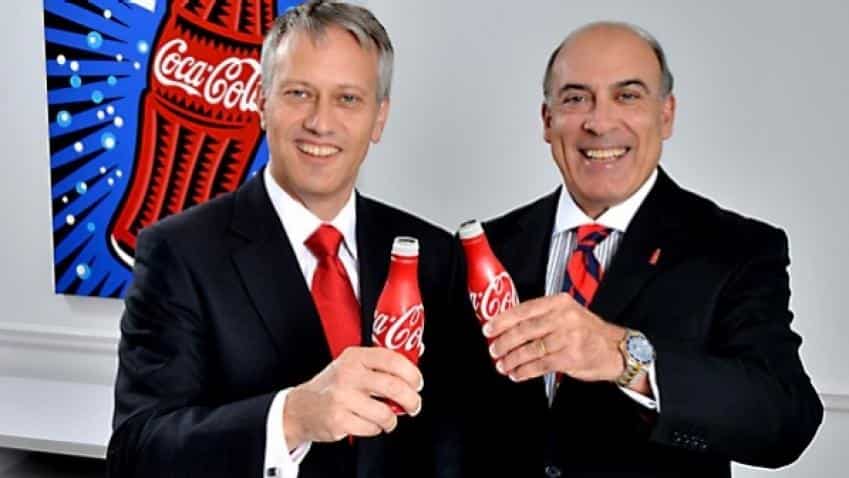 Global cola and beverage giant Coca-Cola on Friday announced Muhtar Kent will be stepping down as the CEO of the company. He will be succeeded by James Quincey, President and COO from May 1, 2017. However Kent will continue as Chairman of the Board of Directors.

The decision was taken by the Board of Directors that had approved unanimously the recommendation for an evolution of the company’s senior leadership structure, it said in a company statement.

“The Board intends to nominate Quincey to stand for election as a director at the 2017 Annual Shareowners Meeting in April,” it further added.

Kent said, “Managing The Coca-Cola Company to ensure our long-term growth requires a thoughtful and orderly succession planning process. I have been engaged with our Management Development Committee and the full Board on talent development and succession discussions throughout my tenure as CEO. We are certain that James Quincey is prepared for these new responsibilities and is the absolute right choice to lead our company and system into the future.

“One of our Board’s key priorities is developing the next generation of leaders and James is a perfect example of our talent pipeline in action,” added Kent.

“This transition comes at a time of important evolution for The Coca-Cola Company. Our journey to refocus on our core business model of building strong global brands, enhancing sustainable customer value and leading a strong, dedicated franchise system is well under way. During James’ time as President and COO, he has further demonstrated his deep understanding of the dynamics of our business and what it takes to win in the marketplace,” he continued

Warren Buffett, Chairman and Chief Executive Officer of Berkshire Hathaway Inc. said, “As Chairman and CEO, Muhtar has been an excellent steward of Coca-Cola’s business over the last eight years and I am thankful for the leadership he has provided to put in place the right vision, strategy and thoughtful succession plan for long-term success. I know James and like him, and believe the company has made a smart investment in its future with his selection.”

Quincey, 51, was named The Coca-Cola Company’s President and Chief Operating Officer in August 2015. Earlier this year, he put in place a new international operating structure and leadership team to make the company more efficient and effective at the local levels, helping our operating units become faster and more agile.

Prior to this role, Quincey served as President of The Coca-Cola Company’s Europe Group. Under his leadership, the Europe Group was the company’s most profitable operating group as it strategically expanded its brand portfolio and improved execution across the geography.