Isha Ambani marriage to Anand Piramal: The to-be couple yesterday visited ISKCON Temple in Mumbai with family members. Isha Ambani is the daughter of Mukesh Ambani and Nita Ambani, and Anand Piramal is the son of Ajay Piramal and Swati Piramal 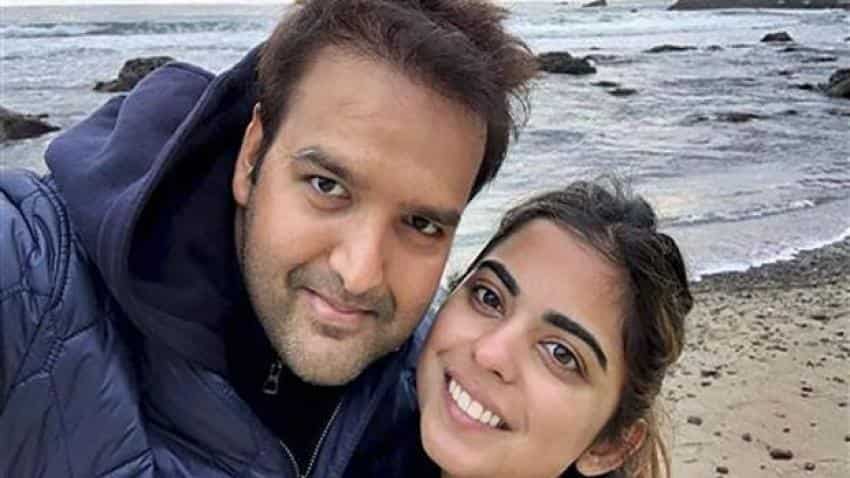 The Isha Ambani-Anand Piramal marriage ceremony is set to take place in December. Anand and Isha have been friends for long and both the families know each other for couple decades. A few weeks ago, the engagement of Mukesh Ambani's son Akash Ambani and Shloka Mehta had made the news too.  Akash Ambani is the son of Mukesh and Nita Ambani, and Shloka Mehta is the daughter of diamond magnate Russel and Mona Mehta. They are getting married in December too.  Mukesh Ambani threw a grand pre-engagement party at Ambani’s home Antilla in Mumbai In March, and a formal engagement will follow in June. According to reports, the wedding affair of the Ambani scion is going to be a 4-day affair.

Mukesh Ambani is the chairman of Reliance Industries and India's richest man, while Ajay Piramal is the chairman of the Piramal Group of companies.  Ajay Piramal's interests range from pharmaceuticals, financial services to financing real estate projects. Anand proposed to Isha at a temple in Mahabaleshwar. The couple celebrated the occasion with a lunch and were joined by their parents Nita, Mukesh, Swati and Ajay. Isha's grandparents Kokilaben Ambani, Purnimaben Dalal, Isha's twin brother Akash Ambani, younger brother Anant Ambani, joined them, among other family members.
Anand Piramal holds a Bachelor's degree in Economics from University of Pennsylvania and MBA from Harvard Business School. On the other hand, Isha Ambani holds a Bachelor's degree in Psychology from Yale University.