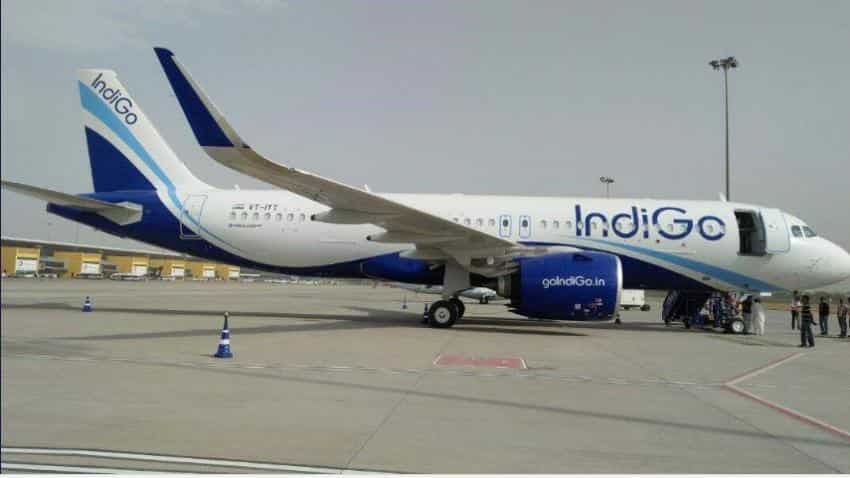 Share price of Interglobe Aviation (Indigo) tumbled over 3% on Thursday after the aviation ministry confirmed that the company has shown interest in buying Air India.

Indigo clarified to BSE that the company has submitted a letter to the Government of India earlier today.

Aditya Ghosh,President,Whole Time Director at Indigo in the letter to the aviation ministry, said, "As the Indian government embarks on the journey of privatizing Air India and given Indigo's track record of having created a consistently profitable airline with a strong balance sheet, kindly treat this letter as our expression of interest in acquiring the international airline operations of Air India and Air India Express." 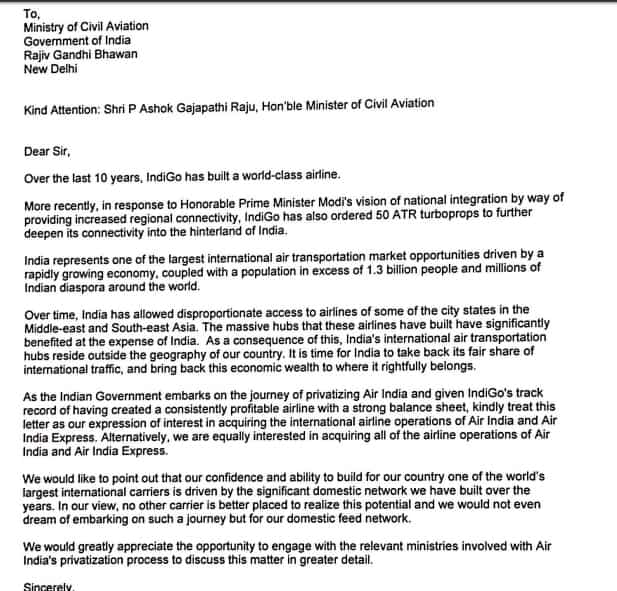 "Alternatively, we are equally interested in acquiring all of the airline operations of Air India and Air India Express," added Indigo.

The company said, "We would greatly appreciate the opportunity to engage with the relevant ministeries involved with Air India's privatisation process to discuss this matter in greater deal."

Finance Minister Arun Jaitley, while addressing the media, said that the government will form a Group of Ministers (GoM) to look into ways to divest Air India stake.

On June 21, 2017, Singapore Airlines and Tata Group approached the aviation ministry with their proposal to buy Air India from the government.