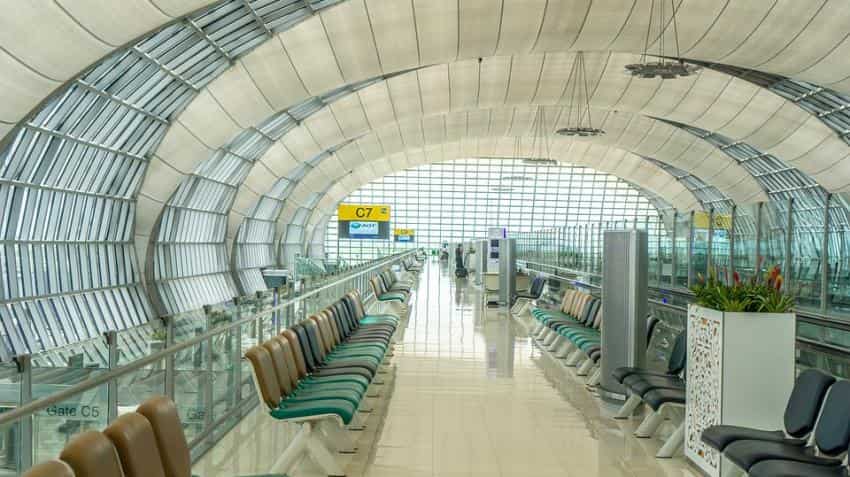 The facility has also been rated by Green Ratings of International Habitat Assessment, the highest national rating for green buildings conceived by The Energy and Resources Institute. Representational image of an airport terminal. Image Source: Pixabay
Written By: ANI
RELATED NEWS

India's second eco-friendly airport in Vadodara is all set to open its doors to passengers.

Located on the city's outskirts, the new terminal is equipped with facilities of international standard. The facility has also been rated by Green Ratings of International Habitat Assessment, the highest national rating for green buildings conceived by The Energy and Resources Institute (TERI).

The new integrated modular terminal building at Vadodara is part of the central government`s ongoing project to modernize existing airports and develop them on part with international airports.Constructed for a whopping Rs 160 crores, the new facility is spread over an area of 17,500 square metres.

Shukla said, "This design is aerodynamic as suited for an airport. The design has been selected by the Airports Authority of India headquarter which is unique in itself and has been lauded by everyone."

Vadodara being an important industrial, cultural and educational hub of western India, attracts visitors from parts of India and abroad.In 2015-16, over nine lakh passengers travelled from existing airport at Vadodara. The number of passengers witnesses an increase of 30 per cent every year.The new airport will help boost the economy of Vadodara and nearby areas.