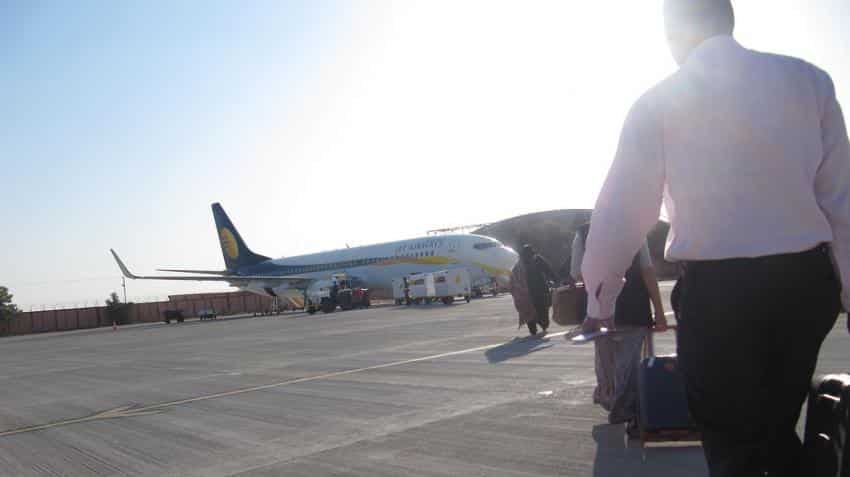 A man about to board the flight from a rural airport in India. Photo: Wikipedia

The fully subsidised regional connectivity scheme (RCS) seeks to cap ticket prices so as to make flying more affordable and accessible to the common man and is part of the ambitious National Civil Aviation Policy 2016 cleared by the Cabinet on June 15.

The 10 airports to be developed under the plan are Kolhapur, Shirdi, Amravati, Gondia, Nashik, Jalgaon, Nanded, Solapur, Ratnagiri and Sindhudurg, wherein the state will contribute 20% cost of viability gap funding, and the rest will be borne by the Centre.

Out of these airstrips at Shirdi and Nanded are state government-owned and Fadnavis said the Nanded airport will be functional from November.

As per the agreement, the state will reduce the local tax on aviation fuel from existing 10 per cent to 1 per cent for 10 years, apart from providing essential land free of cost, Fadnavis said.

These airports will be provided with roads, rail, metro and waterway connectivity, he added. The state will also provide electricity, water and necessary facilities at concessional rates.

On the proposed new Pune airport at Rajgurunagar near New Chakan, Fadnavis said the Airport Authority will send a team to conduct preliminary study in first week of September.

On the issue of building heights in Bandra Kurla Complex and Wadala notified areas, he said the International Civil Aviation Organisation (ICAO) survey will be completed soon and final report is expected by December.

Earlier addressing the media, Raju had said almost all other states are ready to sign the RCS.

"When we announced the RCS, we were speaking about a wish list. This agreement is the first step to convert that wish-list into a work-list and then a reality," Raju said.

Exuding confidence that the plan will take wings sooner, he said, "a magazine has referred to me as a flightless bird. But I don't want to be flightless bird forever."

Earlier in the day, Raju had also taken an aerial survey of the upcoming Navi Mumbai international airport for which the Centre has already cleared the RFQ.

Stating that the country has become the fastest growing aviation market in the world with over 20% domestic traffic growth each month for the past several months, Raju said the RCS will help sustain the high growth trajectory.

Under the RCS, the Centre will subsidise 80 per cent of the cost under a viability gap fund (VGF) scheme, while the states will meet the rest of the cost. In the case of the northeastern states, the central subsidy will be 90%, the minister said.

The RCS stipulates that air tickets for under a one-hour flight will be capped at Rs 2,500, and the VGF will take care of the rest of the operational cost.

Raju said the ministry hopes to meet its funding need from the Rs 500-crore estimated to be mopped up from the aircraft levy that will be passed onto other players.

"States will have to take some haircuts in the form of free land, security, fire services, water etc, while the Centre will have to forego excise duty on ATF and service tax on tickets," Raju said, adding that VGF and handholding cannot be for eternity but is capped for the first three years.

"We want to ensure that the airlines operating on regional routes are economically viable and therefor is the VGF, the haircuts on our side," the minister said.

Whether any airline has signed on for RCS, he said everybody is interested but nobody has come forward.