Increase in price of 11 routes may boost profits of SpiceJet, IndiGo in Q1

IndiGo and SpiceJet have been estimated to have increased fares on 11 routes which will prove profitable for the airlines in the first quarter which will come to a close in another 4 days. 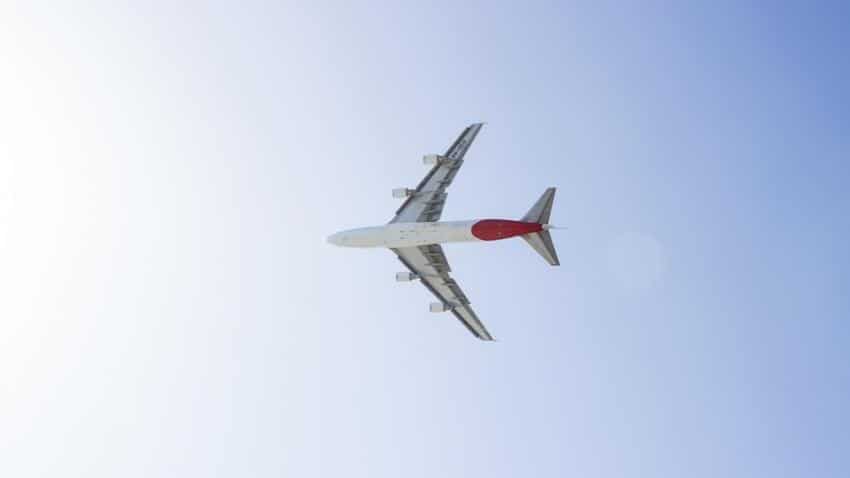 Increasing fares on just 11 domestic routes in India may have been enough for airlines like IndiGo and SpiceJet to post a more profitable first quarter of current fiscal year.

The first quarter of this financial year FY18 will end on June 30, which is just four days away and companies will start posting revenue and financial results after that.

“Our one-month forward fare tracker for 11 routes shows an upward trend in fares over a seasonally strong 1Q. We believe yields for airlines (IndiGo and SpiceJet) would improve QoQ in 1QFY18,” Motilal Oswal analysts - Swarnendu Bhushan and Abhinil Dahiwale said on June 21.

However, after a disappointing first quarter, SpiceJet and IndiGo had increased prices of flight tickets.

If you’re wondering what happened to all those summer sales by airlines that you read about, well they still applied on select routes. And if you read the fine print the charges were most likely base fares barring fuel and surcharges.

Flight tickets have shown an uptick in prices from the period March to June on 11 routes, the report added.

“We believe increased air ticket fares along with lower ATF prices (down ~6% QoQ) and rupee appreciation would further support airlines’ profitability in 1QFY18,” the analysts said.

The last quarter of FY17 was disheartening for the three listed airlines – IndiGo, SpiceJet and Jet Airways which was attributed to demonetisation, higher fuel costs and low air fares.

IndiGo and SpiceJet have recorded highest revenue earned from select routes in India on travel to places like Delhi, Dehradhun, Bengaluru and Mumbai from March to May this year, DGCA report on May 19 said.

In the month of May IndiGo had earned the highest percentage of revenue from Delhi to Dehradhun that comprised 7.68% of its revenue earned.

In March and April the company had earned its highest share of revenue on travel between Bengaluru and Mumbai. 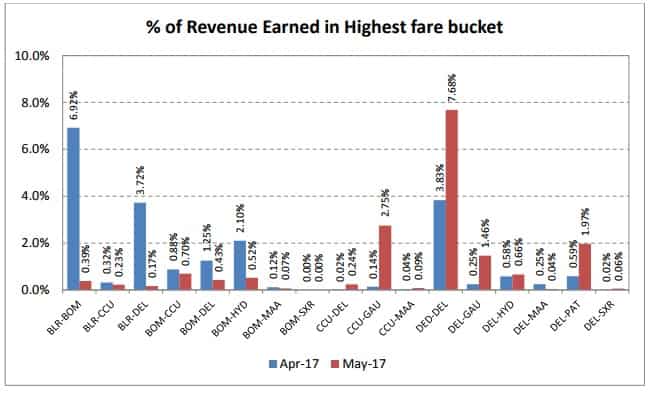 In May, Spicejet had highest revenue earned from Delhi to Guwahati airport which was at 3.34% while in March and April it was Bengaluru and Mumbai. 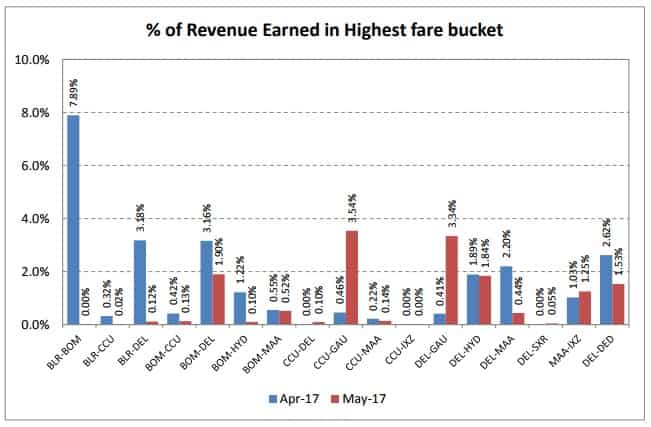 In addition to increasing fares, airlines should benefit from aviation turbine fuel price declines and appreciation of the rupee.

“In 1QFY18, ATF price declined 5% QoQ (from Rs 55.4/litre in 4QFY17) and increased 16% YoY (from Rs 45.4/litre in 1QFY17) to Rs 52.7/litre. Rupee appreciation along with lower ATF prices and increased air ticket fares should result in sequentially higher profitability for airlines,” the report added. 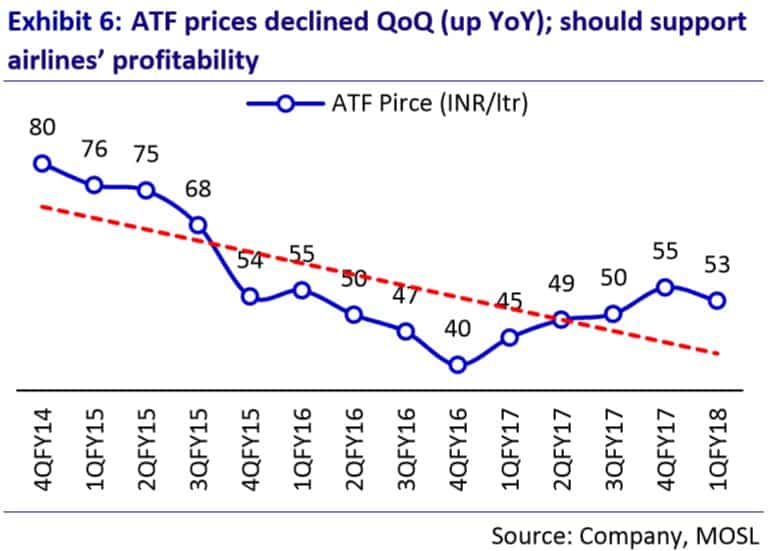 Both companies have announced investments in new planes where IndiGo will be looking to add 430 Airbus planes. SpiceJet has made investments of $1.7 billion on 50 Bombardier planes and $4.74 billion for 40 Boeing planes.

How high do flight tickets soar?

Further with the implementation of GST from July 1, it imposes 5% tax on economy down from the earlier 6%; while tax rates on business class have been fixed at 12% - which is 3% higher than the existing 9%.

Also Read: Goods and service tax to have minimal impact on flight tickets