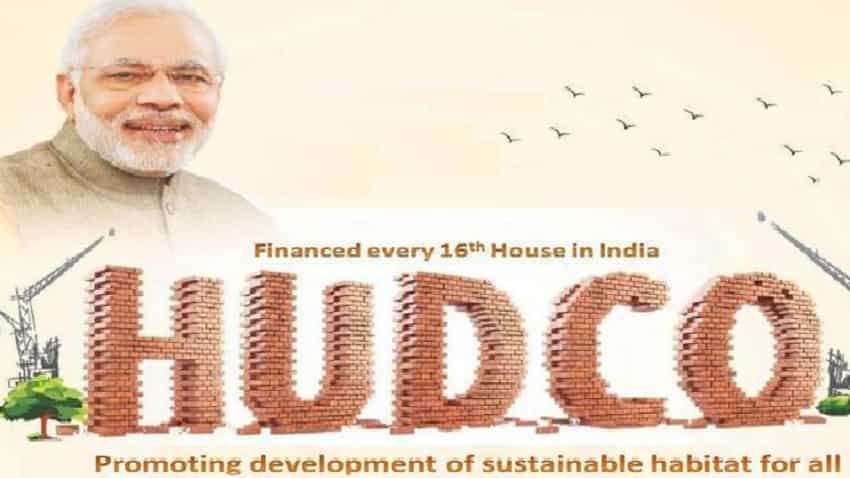 HUDCO, via offer for sale (OFS), will offer a total of 20.4 crore equity shares at a face value of Rs 10 each. Photo: Official Website
Written By: ZeeBiz WebTeam
RELATED NEWS

Housing and Urban Development Corporation Limited's (HUDCO) initial public offer (IPO) opens for subscription on Monday May 8, 2017 and will close on March 11, 2017.

There is also a discount of Rs 2 per share offered to the retail category and for employees.

Siddhart Purohit, analyst, Angel Broking said, "Focus on Govt. sponsored projects and ability to raise funds at a competitive price provides earnings visibility for many years. At the issue price band of Rs 56-60, the stock is offered at 1.25x-1.35x its 9MFY2017 BV, which we believe is reasonably priced, and hence, recommend SUBSCRIBE to the issue."

Akash Jain, MBA (Financial Markets), Vice – President Research of Ajcon Global said, "At the upper end of the price band of Rs 60, the IPO is valued at 1.3x at FY17E post issue Book Value which is cheap. There are no direct listed peers when the Company is considered as a whole as it is catering mainly to state governments for housing and infrastructure projects."

V.K. Vijayakumar, Chief Investment Strategist, Geojit Financial Services said, "Presently, there is a consensus that housing sector, particularly affordable housing, is set to boom in a big way. The interest subsidies announced by the government and the prevailing low interest rates are huge stimulus to the housing sector."

73.57% was subject to various state government guarantees and the remainder was some other form of security, such as a mortgage or negative lien.

Sensex journey from 3,000 to 60,000: Check full timeline, know what market analysts have to say