Here are the 10 cleanest railway stations in India

The railway stations were voted on the basis of passenger feedback so as to find gaps to push for cleanliness. 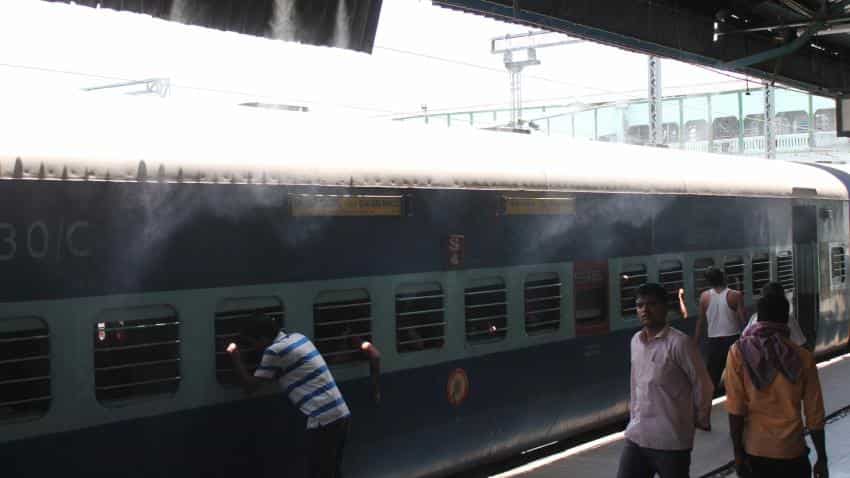 Lower Berth on Indian Railways may get expensive to book

Railways to acquire EOTT system to run trains without guards

Several stations all over India were rated on the their cleanliness and on the basis of passenger feedback with a view to identify unclean spots or gaps.

One of the measures given in February 2016 Budget is ranking of A1 and A category stations based on regular periodic third party audit.

Here are 10 of the cleanest stations in India:

Vishakhapatnam railway station emerged as the winner in Cleanliness Index in A1 category, Beas has emerged as 1st winner in the A category station. 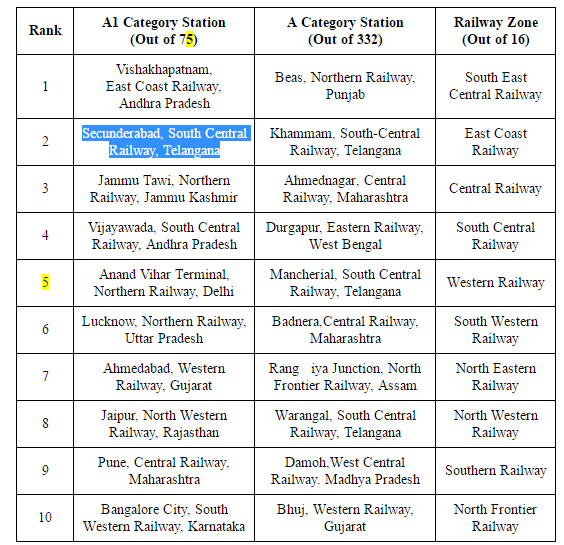 Secunderabad, South Central Railway, Telangana was the second cleanest stations in A1 category.

Jammu Tawi, Northern Railway, Jammu & Kashmir station was the third cleanest railway station in the A1 category, while Ahmednagar station, Central Railwa, in Maharashtra was the cleanest in the A category.

Vijayawada station in Andhra Pradesh was at fourth spot in A1 category and Durgapur station in West Bengal in A category were the cleanest stations in India.

Anand Vihar Terminal in Delhi was in fifth spot in A1 category and Mancherial in Telangana in the A category were the cleanest stations.

Lucknow station UP was in the sixth spot in the A1 category and Badnera in Maharashtra in the A category was voted in the clean stations list.

Gujarat's Ahmedabad station was in seventh spot in the A1 category and Rangiya Junction in Assam in the A category was in the list.

Jaipur station in Rajasthan and Warangal in Telangana was voted in eight spot in the A1 and A category, respectively.

Lower Berth on Indian Railways may get expensive to book

Railways to acquire EOTT system to run trains without guards