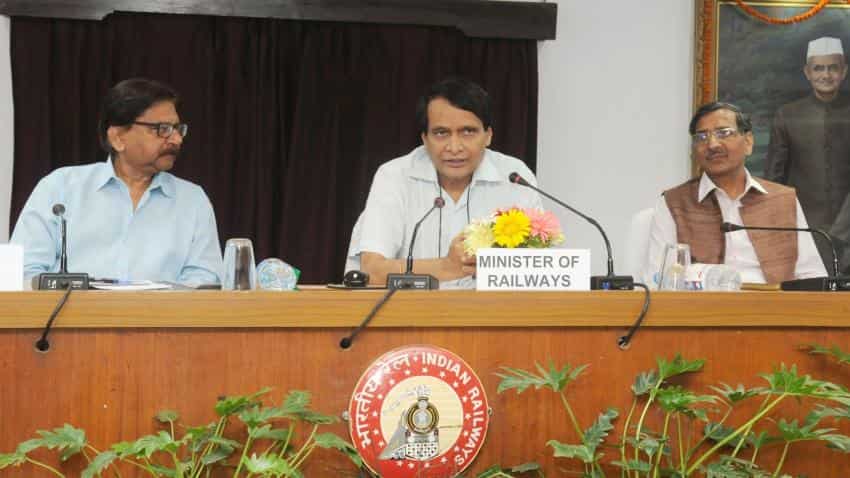 Railway Minister Suresh Prabhu has ruled out privatisation of Indian Railways, saying it cannot ignore the common man who depends hugely on the public transporter.

He also said that the railways will have to bear the public service obligation - which is currently between Rs 30,000 and 35,000 crore - for the foreseeable future.

Prabhu rejected a suggestion that in the long-run the railways may no longer be a low-cost common man's mode of transport and will be more on the lines of privatised services.

"This cannot be done in India," he said. "I think the railways is a mode of last resort for common people for transportation and we will have to bear that burden as well as the responsibility."

"You cannot say railways' problems will be solved by privatisation," he said during an interaction with PTI on Wednesday. "The solution should be an outcome based approach. Very few railways in the world are privatised."

He cited the case of British Rail, which was privatised and one of its owners is an Italian state-owned company.

He also said no private company will be interested in buying the railways, given the public service obligation that will come with the purchase. "Do you think the private airlines will do kissan special airline. We are concerned about the people travelling on train."

He said railways in Europe get the public service obligation reimbursed from the main budget.

Japan, when it privatised railways, undertook the responsibility to pay for the public service obligation.

Each country has a different system of accounting public service.

"I am very sure about it, we cannot ignore the common man's interest, we have to do that," he said.

Indian Railways has asked the NITI Aayog to look into the public service obligation aspect.

On an average, the railways spend Rs 30,000-35,000 crore a year to run passenger trains but its profit is cross- subsidised from freight services.

Describing the fiscal 2016-17 as an "unprecedented" year, he said, "It was a very difficult year for the Railways. Probably one of the most challenging years."

"In one year we have to take Rs 35,000 crore burden. And at the same time, first nine months were very bad because coal movement, steel, were down, imports were down, exports were down. Because most of the cargo that we collect, either takes to the port or off-loaded from the port. Despite that, we have been able to manage that."

Aadhaar Card Address Update: Just do this at uidai.gov.in

REVEALED! How UPSC topper Pradeep Singh cracked civil services exam 2019 - This is his message for aspirants