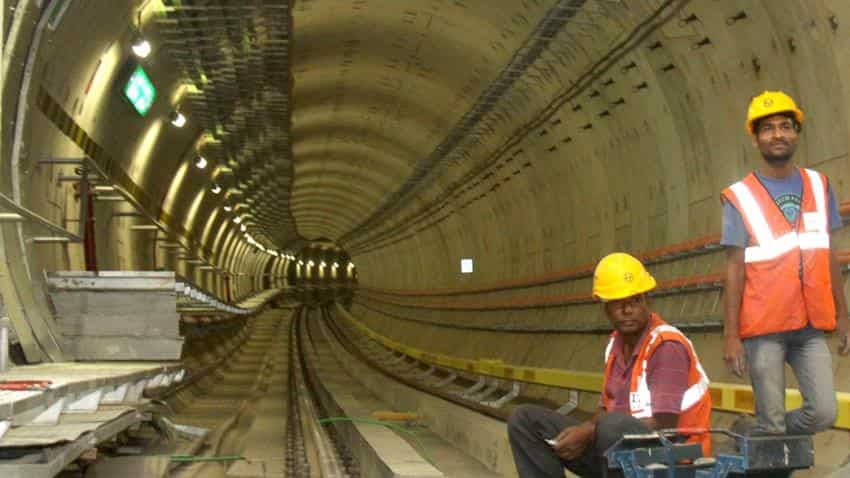 HCC is the lead partner in the joint venture.

"The contract is for construction of 4,072 metre of corridor of the underground metro line including four underground stations at Chatrapati Shivaji Terminus, Kalbadevi, Girgaon and Grant Road and twin bored tunnels of length of 3,115 m," the company said in a statement.

The project is to be completed in 55 months. This is part of the line-3 of the Mumbai Metro from Colaba to SEEPZ.

"When completed the 33.5 km long line with 26 underground and one at grade station will be the first underground metro line in Mumbai," the statement said.

Arun Karambelkal, President and CEO - E&C, HCC said, "HCC is pioneer in underground construction and has built parts of Kolkata Metro, Delhi Metro and Mumbai Metro - Phase 1. With the cumulative experience we are confident of completing the work in an efficient and speedier manner that will benefit millions of Mumbaikars."

HCC has been associated with six packages of Delhi Metro totalling 18.14 km of tunnels and 13 underground stations.

In Kolkata Metro, HCC has constructed 6.47 km of tunnels in six packages that include four underground stations.

In Mumbai Metro, the company has built eight elevated stations.