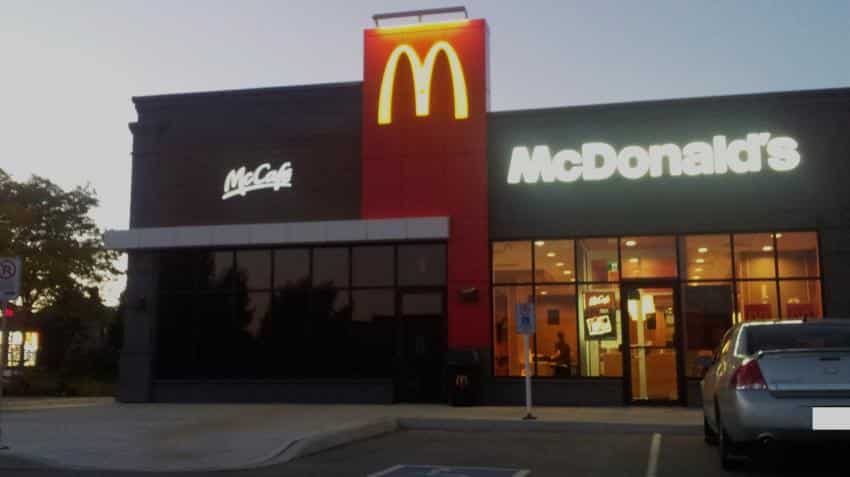 The company's average investment is around Rs 2 crore to Rs 2.5 crore on opening a new McDonald's store. Image Source: Wikimedia

Hardcastle Restaurants, the franchisee of McDonald's for West and South India operations, plans to invest Rs 750 crore in next 5-7 years to double the outlets of the fast food chain to 500 in the two regions.

While the company will focus on expanding in existing key markets, it has also drawn up plans to open McDonald's in two to three new smaller cities every year as part of the strategy.

"We are going to double the base of our restaurants taking it from 240 above to 500 in next five to seven years and the investment planned is around Rs 750 crore," Hardcastle Restaurants Vice Chairman Amit Jatia told PTI.

The company's average investment is around Rs 2 crore to Rs 2.5 crore on opening a new McDonald's store.

He said the planned expansion will entail large scale hiring.

On places where the company plans to set up new outlets, he said: "My strategy would be to focus on key cities in my region as Mumbai, Chennai, Hyderabad, Bangalore, Ahmedabad, Pune, Surat and Baroda... 60 to 70 per cent of the new openings would continue in these cities."

For expansion in smaller cities, the company would focus on sustainability rather than going for "wild aggression". Besides, Hardcastle Restaurants is also building several drive-through formats of McDonald's.

"Every year, we would have two to three new cities. It would be a step by step approach... As the logistic management is still very quite complex in these places," Jatia said.

Over funding of the expansion, he said the company has enough cash reserve for the next two years and only after that the company would consider other options.

"We are a cash rich company with zero debt. Our internal accrual is going to help us a lot and we have additional room to take debt," he said.

Stating that the company does not have an immediate fund raising plans, he said the cash flow would get better and better.

"In the next two years we would re-evaluate whether we need to raise any equity. For next 12 to 24 months," Jatia said.

The company would also double the number of outlets of McCafe in two years from its present tally of around 100.

"We would double it in next 18 months to 2 years time. We would have the largest number of coffee shops in India after Cafe Coffee day," Jatia added.

McCafe was introduced here in October 2013.

Patanjali gets approval from Madhya Pradesh, Maharashtra to set up food parks