Earlier too, Domino's had turned vegetarian during this festive period, but only at selected stores and not for delivery orders. 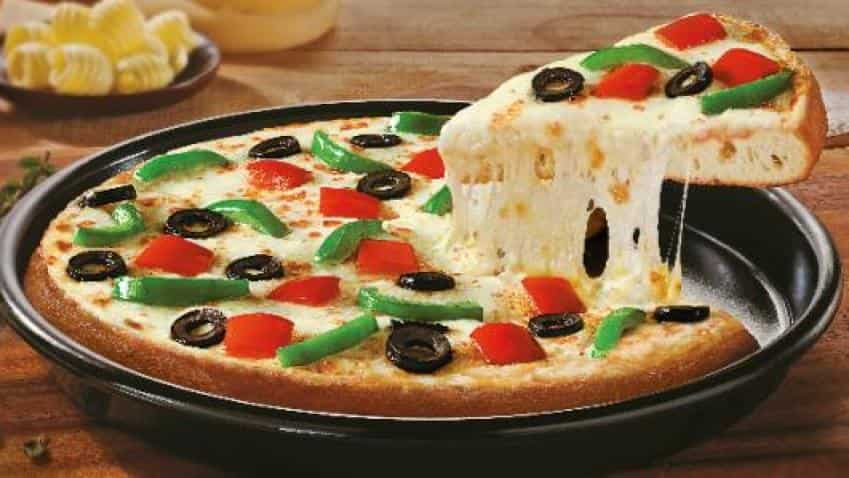 The company registered a 31% decline in net profit to Rs 19 crore and operating profit slipped by 14% in the June quarter. Photo: Official Website

The shares of Jubilant FoodWorks Ltd plunged nearly 2% as Domino's Pizza, whose exclusive Indian franchisee is with the company, planning to turn 'pure-vegetarian' for nine days.

Domino's Pizza will turn about 500 of its outlets all-vegetarian during the nine-day Navratri festive period starting from October 1, as it hopes to recover from slowest same-store sales growth in almost two years, The Economic Times reported.

As per the report, the stores across north and central India and parts of the west will stop serving non-vegetarian food. This will be the first time a western-style restaurant will be converting to a Navratri menu on such a large scale.

Earlier too, Domino's had turned vegetarian during this festive period, but only at selected stores and not for delivery orders.

The report quoted Dev Amritesh, President, Domino's Pizza India, saying, "Consumption of non-vegetarian food reduces significantly during this time. This move is an acknowledgement that though we are a global brand, we are conscious about consumer needs. It's about making a statement to consumers."

Under the Navratri-menu, the Pizza base will be made of singhara atta (water chestnut flour), sabudana crispies and dumplings, cheese and sauces with only rock salt. No garlic and onion will be used in these pizzas.

Last week, Jubilant FoodWorks had announced its financial results for the quarter ended on June 30. As per the company's regulatory filing, its same-sale growth (SSG) has been dropped by 3.2% year-on-year basis.

The company registered a 31% decline in net profit to Rs 19 crore and operating profit slipped by 14% in the June quarter.