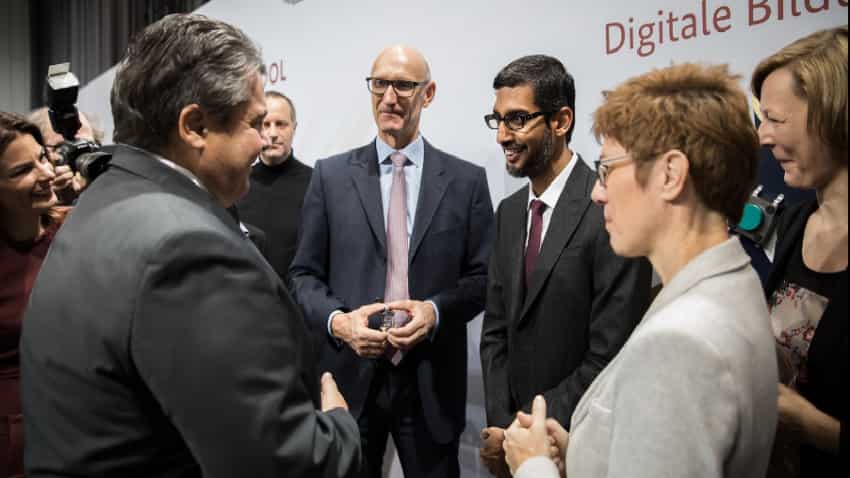 "At Google, we are excited about partnering the businesses to help them unlock exponential growth through the power of digital," the statement said. Image Source: Twitter
Written By: IANS
RELATED NEWS

Google`s India-born chief executive officer (CEO) Sundar Pichai is all set to address a domestic technology market with a focus on small and medium businesses in the country on Wednesday.

Information Technology Minister Ravi Shankar Prasad will also join Pichai and other senior Google leaders during the event in New Delhi, the company said in a statement.

"At Google, we are excited about partnering the businesses to help them unlock exponential growth through the power of digital," the statement said.

Seven Indian startups recently joined the third batch of Google "Launchpad Accelerator" -- a platform which brings together mentors and experts from Google and outside to help the startups see success -- along with startups from other countries.

ALSO READ: Distribution will be key in Google Pixel's challenge to the iPhone

Over the last one year, 13 Indian startups have participated in the programme and some of them have successfully raised funding.

Pichai, who has a BTech degree from IIT-Kharagpur, will also visit his alma mater on Thursday, according to sources.

"Sundar Pichai, CEO Google and distinguished alumnus of IIT-Kharagpur, has expressed his desire to visit the campus in the first week of January 2017," Director P P Chakrabarti said last week.

Pichai passed out from IIT-Kharagpur in 1993 with a BTech in metallurgical and materials engineering.