Patent activity from the big five tech giants has been declining steadily since 2013, with Google seeing the biggest decline in patent applications. 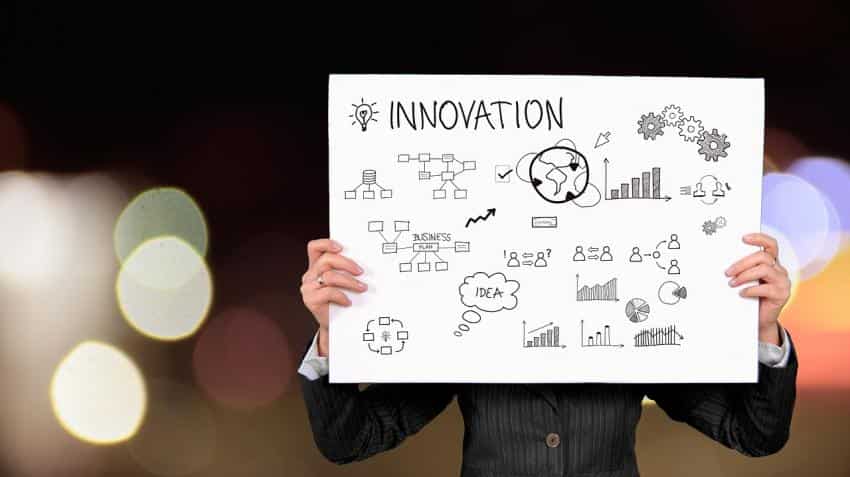 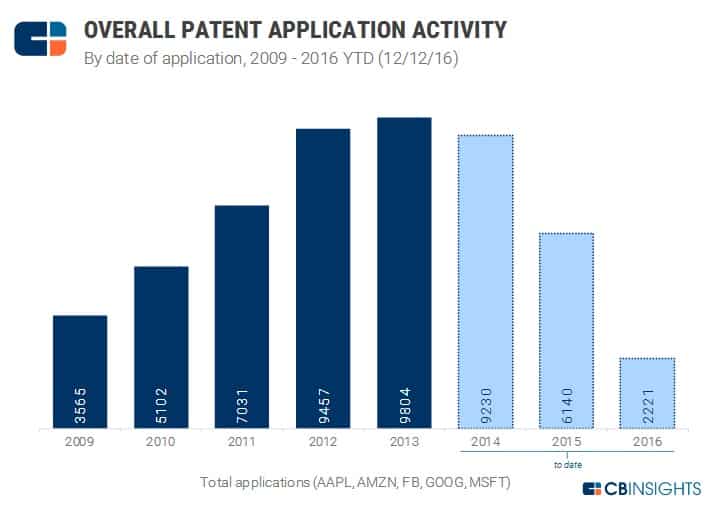 The reason for this decline in patent activity is that more of the patents which they had applied for have been published, said the report.

This can be seen as overall patent granted activity has been growing significantly since 2013. Total grants published for these five tech giants has topped 10,000 for the first time in 2016 to date. Till date in 2016 the overall patents has grown to 10,549. 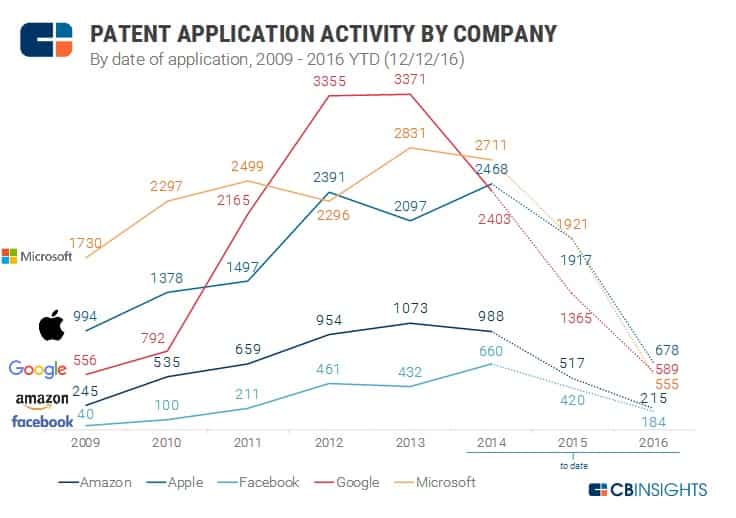 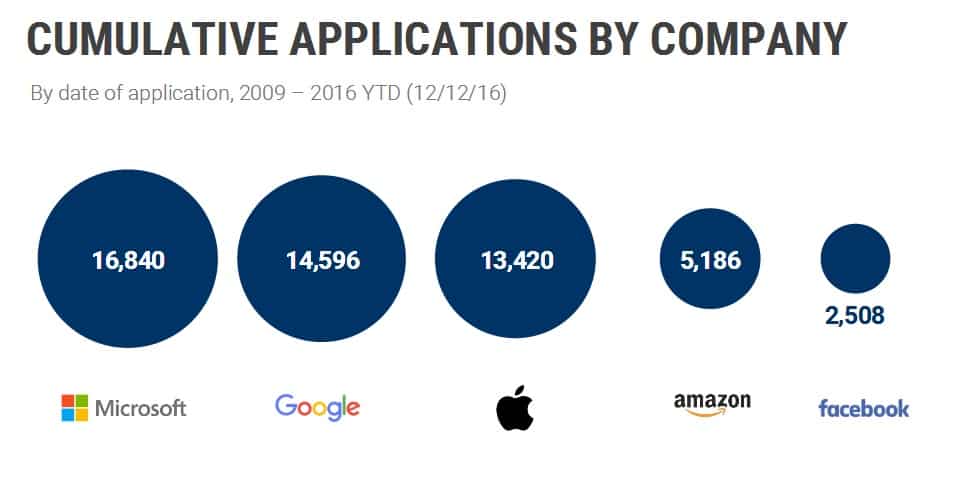 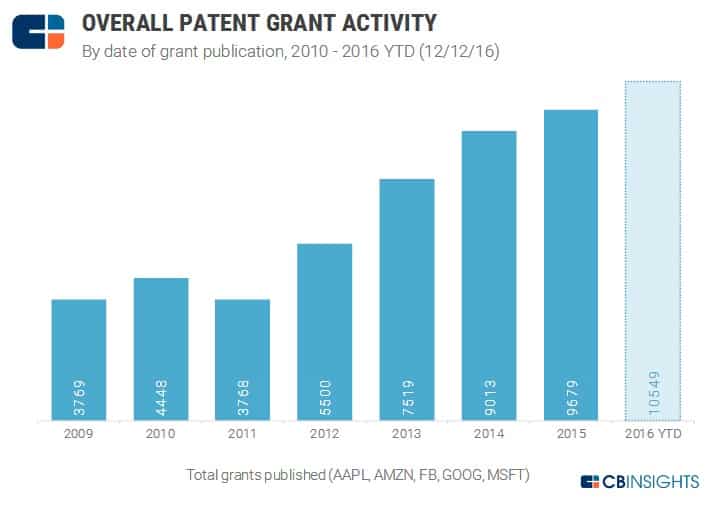 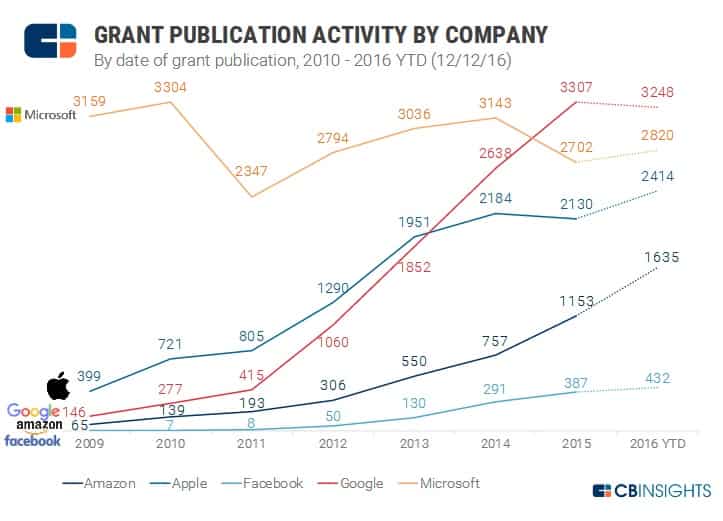 In terms of AR/VR patent applications, Microsoft has been a dominant player followed closely by Google.