GoAir to induct 13 more A320 Neo planes this year

Budget carrier GoAir, which today announced the commencement of its overseas flights from October, said it will induct 13 more A320 Neo planes this year. The airline also said plans to bring an initial public offering (IPO) is not at the table right now. 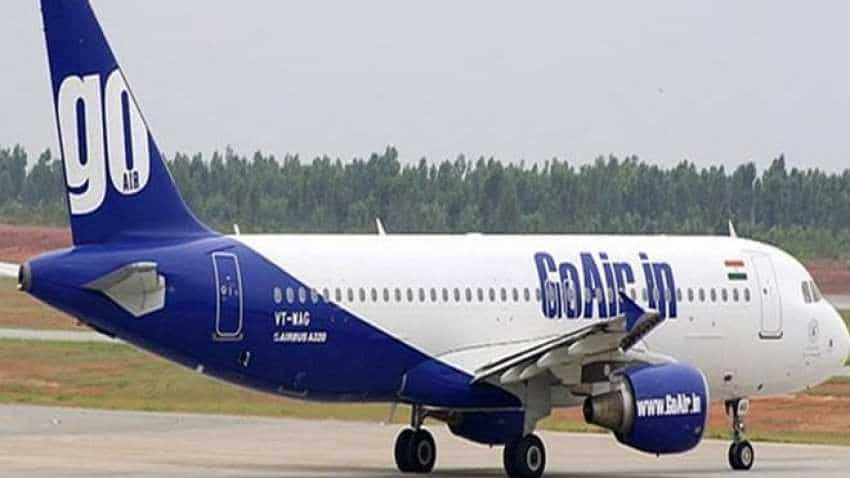 Budget carrier GoAir, which today announced commencement of its overseas flights from October, said it will induct 13 more A320 Neo planes this year. The airline also said plans to bring an initial public offering (IPO) is not at the table right now.

"We already have 19 Airbus A320 new engine option (Neo) planes in the fleet, and we have 13 more such planes to come this year," Cornelis Vrieswijik, chief executive officer, GoaAir, told reporters today.

Four of these planes will be joining the fleet next month, he said, adding, "The induction of A320 Neo will go up significantly from next month."

On the IPO, Vrieswijik said, "There has been plan, but it is not there on the table for now."

On the issue of frequent glitches in the Pratt & Whitney engines, which power these planes, the GoAir chief executive said that faulty engines are major issues when it comes to operations.

He was, however, quick to add that all aircraft, except one or two, have the engines of latest standard, with the block seal.

Aviation regulator DGCA had earlier this month informed the civil aviation ministry that as many as nine A320 Neos of IndiGo and GoAir were out of operations due to P&W engine problems, prompting civil aviation minister Suresh Prabhu to seek a detailed report on the issue from it.

"The manufacturers have taken measures to address significant problems of engines related to combustion chambers distress and No. 3 bearing issues by replacing Block B combustion chambers with Block C and providing dry face bearing seals," the DGCA had said in its preliminary report to the ministry.

Vrieswijik said that the airline had spare engines to replace the faulty engines to avoid flight disruptions, adding, "We are depending upon engine modifications provided by the enginemaker."

He, however, said that GoAir was "absolutely happy" with the performance of A320 Neos, which are 80-90 per cent fuel efficient compared with A320 Ceos (current engine options) and ruled out going for engines made by rival CFM International at this stage as those engines also had issues.

The GoAir official also said that the airline was looking to sub-lease up to nine A320 Ceos, which burn 20 per cent more fuel compared with A320 Neos, as part of its cost cutting measures.

Stating that gaining market share was not the objective of the airline, he said, "We want to see profitable growth. We will expand network whether domestic or international if it spurs growth."

He also said that business is taking a hit for every one in the industry amid high fuel cost and continuous slide in rupee against the US dollar.

"My mission is to drive cost out of the company, because you make margins only by lowering the cost. The low-cost carriers in Europe make profit in good and bad times. In bad times, they make less profit, and in good times, they make a lot of profit," he added.

The airline is also looking and studying at larger planes for long-haul operations, which is very challenging and cost sensitive, according to Vrieswijik.

"I am not saying we are doing it. We are studying. We will look at existing models like AirAsia for low-cost, long-haul model," he added.