In a major development, it has been reported that Wadia group-owned GoAir plans to come out with a Rs 2,500 crore-initial share sale early next fiscal. 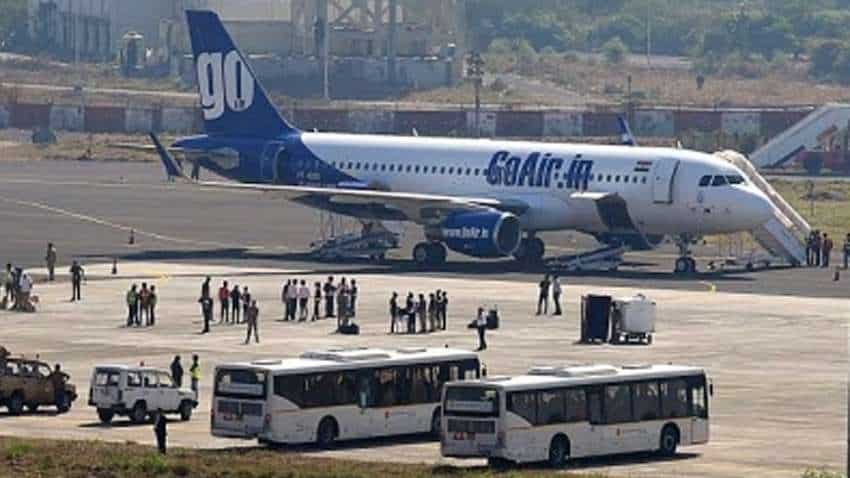 GoAir flies to 39 destinations, including 10 international ones. IANS pic.

In a major development, it has been reported that Wadia group-owned GoAir plans to come out with a Rs 2,500 crore-initial share sale early next fiscal. The no-frills airline has been working on expansion plans and an Initial Public Offer (IPO) will help in raising funds. In recent months, many companies have hit the capital market with their IPOs amid business activities slowly normalising after the pandemic blow.

The carrier, which started operations in 2005, has been contemplating about going public in the last couple of years. The airline, which has also been witnessing frequent churns in the top management, could not come out with the IPO on a few occasions earlier.

"GoAir is gearing up to raise funds to the tune of around Rs 2,500 crore from public investors and is likely to initiate this process with the filing of DRHP (Draft Red Herring Prospectus) around the second week of April," one of the sources said, as per a report by PTI.

Consultations are progressing with ICICI Securities on the modalities of the proposed IPO, the sources said. According to them, Citigroup and Morgan Stanley are also involved in helping the airline with its IPO plan.

The report says that in response to an e-mail query sent to the airline's CEO Kaushik Khona, a spokesperson said, "as a policy, GoAir does not comment on market speculation".

GoAir flies to 39 destinations, including 10 international ones.

Currently, only two Indian carriers -- SpiceJet and IndiGo -- are trading on the bourses. Jet Airways, which is a listed company, was shuttered in April 2019 due to financial woes. Kingfisher Airlines, which went belly up in 2012, was also listed on the exchanges.