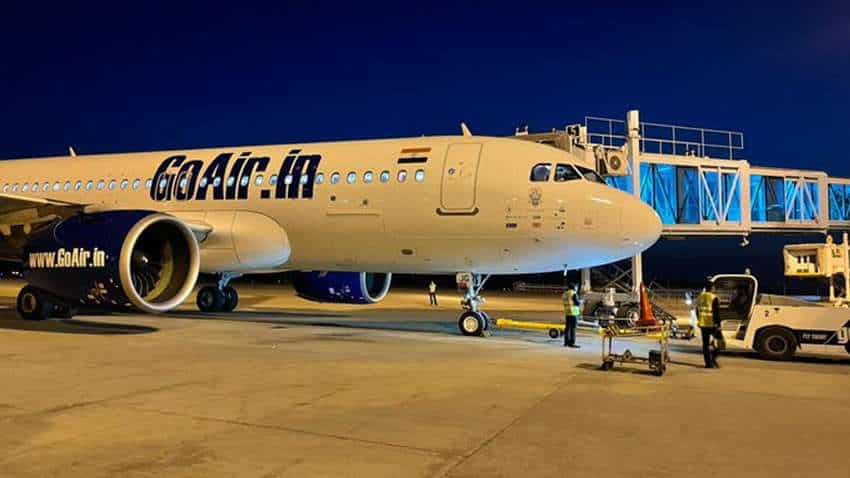 The first night flight from Srinagar marks a dawn of a new era that would provide improved connectivity from several airports in India to Srinagar, Jammu and Leh. Pic from @goairlinesindia Twitter.

Low cost carrier GoAir has created history in the Indian aviation sector! GoAir operated the first night flight from Srinagar to New Delhi, thus becoming the first airline in the history of Indian aviation to achieve this feat. The GoAir flight G8 7007 took off at 7.35 p.m. on Friday. It was an Airbus A320neo aircraft.

The first night flight from Srinagar marks a dawn of a new era that would provide improved connectivity from several airports in India to Srinagar, Jammu and Leh.

Here’s to creating history!
We are proud to announce that we operated the first-ever night flight from #Srinagar to #Delhi on 19th March, 2021, becoming the first airline in the history of Indian aviation to achieve this feat!
To reaching many more milestones in the future!pic.twitter.com/dVaklrwKTm

Going forward, GoAir will operate daily scheduled flight from Srinagar that will depart at 8.30 p.m. GoAir was also the first airline to operate morning flights to-and-from Srinagar, as per a report in IANS.

Commenting on the achievement, Kaushik Khona, Chief Executive Officer, GoAir, said: "It gives me immense pleasure to dedicate the first ever night flight from Srinagar to Delhi as a salute to the spirit of Srinagar. GoAir is also strengthening the network across the union territories of Jammu and Kashmir and Ladakh region by enhancing their daily flights to-and-from Srinagar." Khona also recollected the dedication and commitment of GoAir to the development of Jammu and Kashmir. "GoAir was the only airline to operate daily flights from Awantipur Airforce Airport during the times when the main airport was closed due to resurfacing of the runway for a pretty long time. GoAir was the only airline to provide connectivity from Srinagar to other parts of the country during those times," he added.

GoAir proposes to provide the residents of Srinagar and the tourists to Srinagar high mobility and freedom to plan their travel and provide day return connectivity to major airports like Delhi, Mumbai and other major airports.