Flight ticket prices have fallen on the back of weak demand from domestic air travellers. We tell you all the deals. 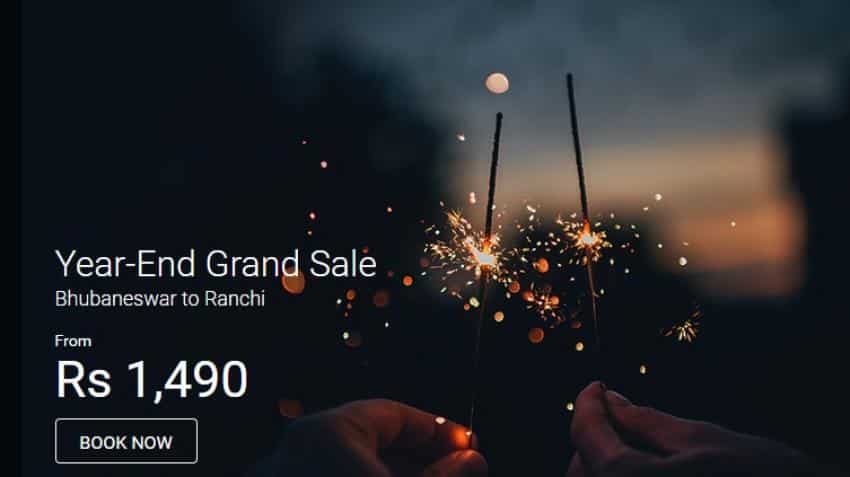 As lower demand pushes commodity prices to drop, prices of flight tickets have plunged with Diwali around the corner. Airlines have now started rolling out offers to encourage more air travellers this festive season.

Air fares have dropped nearly 40-50%, a report by Live Mint cited on Wednesday as a regular ticket from Delhi to Mumbai has been brought down to Rs 2,000 from around Rs 8,000.

The report further said that strong demand for flight tickets is generally noticed during tourist season, typically from the fortnight leading up to Diwali up till January 10. However this is not the case currently.

Prices on MakeMyTrip have also dropped drastically across all air routes.

Deals by airlines are now offering dirt cheap prices for as low as Rs 1,100 all-inclusive.

The budget carrier has also begun its ‘early flight initiative,’ where travellers can avail of an early flight at just Rs 1,000 with ‘IndiGo Early.’ “This service is applicable to all passengers travelling on a domestic flight, wanting to prepone their flight (within 4 hours),” the company said.

All-inclusive airfare sale on domestic routes like Bengaluru, Kolkata and Ranchi are being offered by AirAsia. From Bhubaneswar to Ranchi the company is offering flight tickets starting at Rs 1,490.

SpiceJet announced its ‘Cracking Diwali’ offer which gives 50% off on booking hotels and 60% cashback on making payments for hotels with HDFC bank credit cards.

The offer is valid up till Diwali – October 19.

Jet Airways on the other had has priced its fare in Premiere or business class from Mumbai to Delhi one-way all inclusive at Rs14,805.