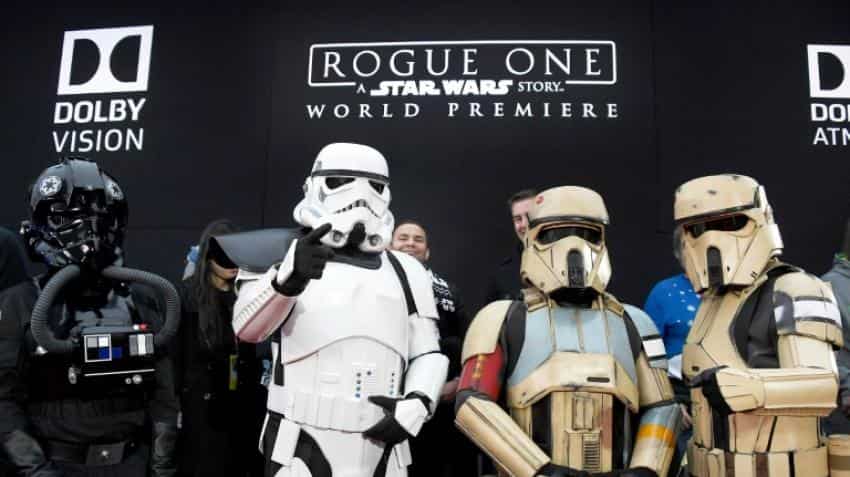 A huge debut for "Rogue One" has seen Walt Disney Studios become the first distributor in history to hit $7 billion in annual global box office receipts, it said on Monday.

The $290 million worldwide opening for the "Star Wars" spinoff puts Disney`s haul for 2016 at $2.7 billion in North America, also an industry record, and $4.3 billion elsewhere.

"This historic achievement is possible because all of our film studios are bringing their absolute best to the table, telling great stories of all kinds that resonate with audiences across borders, gender and generations," said Alan Horn, chairman of Walt Disney Studios.

"These films work because each one has not only something for everyone, but everything for someone. It`s our honour to be able to create these experiences for audiences, and we`re thankful to them for continuing to come out to the theater with us.

Even before "Rogue One" came out, hits such as "Finding Dory," "Captain America: Civil War" and "Zootopia" ensured the studio had beaten last year`s record $5.8 billion by the end of October and was comfortably on track to pass the record of $6.9 billion set by Universal in 2015.

Disney has set several records this year, becoming the fastest studio ever to hit $2 billion domestically and $5 billion at the global box office, both in July.

It has not been entirely plain sailing, as "Alice Through The Looking Glass" and "The BFG" were deemed commercial flops.

Coastguard drama "The Finest Hours" also sank without a trace, with Variety magazine reporting that Disney was expecting losses of around $75 million from the film.

Those five films scored an average 94% rating on RottenTomatoes.com, which aggregates the reviews for all releases.

"Rogue One," which is yet to open in the vast Chinese market, is expected to do better than all of these, although much of its global take will come in 2017.