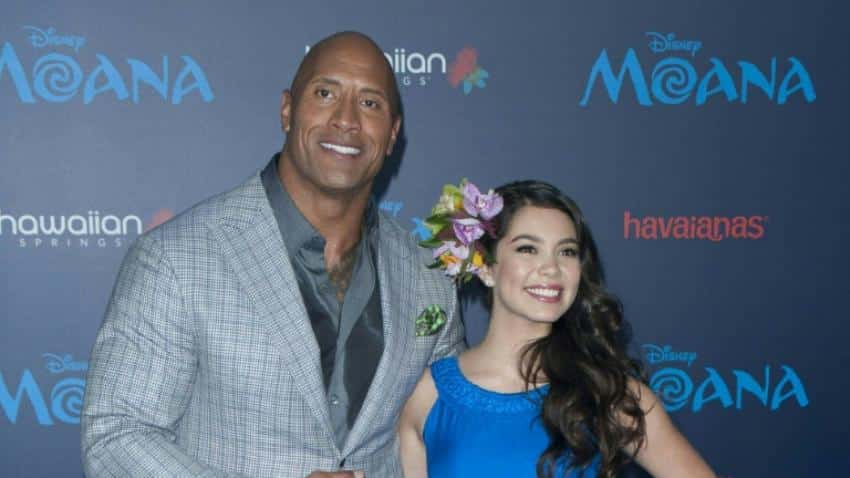 The Disney film about a brave Polynesian teenage girl on a risky mission to save her people reaped in $81.1 million during the full, longer Thanksgiving holiday weekend, Exhibitor Relations said. Image Source: AFP
Written By: AFP
RELATED NEWS

The animated sea-faring musical adventure "Moana" sailed to success in its debut weekend, taking in an estimated $55.5 million to top the North American box office, an industry group said on Sunday.

The Disney film about a brave Polynesian teenage girl on a risky mission to save her people reaped in $81.1 million during the full, longer Thanksgiving holiday weekend, Exhibitor Relations said.

The composers of the film's score include Lin-Manuel Miranda, who wrote the music and lyrics for the smash Broadway hit "Hamilton."

It unseated the Harry Potter spin-off "Fantastic Beasts and Where to Find Them," which fell to second place in its second weekend in theaters, chalking up $45.1 million for a total of $156.2 million so far.

Based on a 2001 book by "Potter" novelist J K Rowling, the Warner Brothers film stars Eddie Redmayne as a wizard in 1920s New York.

Its first weekend take of $74.4 million was the lowest opening for any film in Rowling`s "Wizarding World" series, as the film largely drew on fans of the original franchise rather than fresh, younger blood.

Dropping from second to third rank in the charts, Marvel`s "Doctor Strange" posted another $13.4 million for a total of $205 million.

The movie, which stars Benedict Cumberbatch as neurosurgeon Stephen Strange -- whose life changes forever after a horrific car accident -- is the 14th film in Disney`s "Marvel Cinematic Universe."

Fourth place, with just $13 million, went to the debut movie "Allied," starring Brad Pitt and Marion Cotillard as World War II spies who fall in love during an assassination mission and eventually get married and have a child, but then become pitted against each other.

Rounding out the top 10 films were: