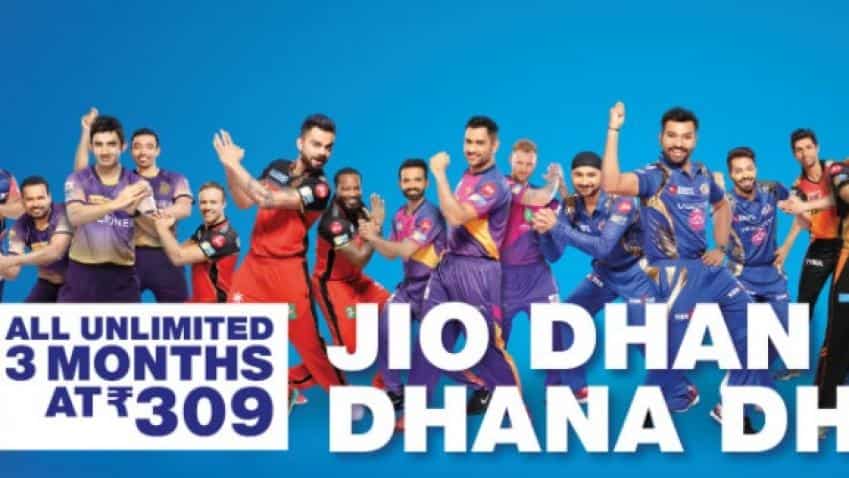 Freebies on the Reliance Jio network under Jio Summer Surprise will be soon coming to an end however its Dhan Dhana Dhan plan is available for Jio customers on their first recharge.

For those who still haven’t made their first recharge on Reliance Jio network you still have time to subscribe to the Jio Dhan Dhana Dhan plans that will give customers free data services for three months post subscription.

The company had withdrawn its Summer Surprise plan on April 11, leaving those who already subscribed to it to continue availing its benefits.

The company had then reworked its 4G data plans for both prepaid and post-paid subscribers to include data benefits on a per month cycle in the subsequent recharges.

However the benefits from the first recharge on Jio’s network is not applicable for Summer Surprise registered users, the company said.

Unlimited local, STD and roaming calls can be made on all prepaid plans of Jio.

Rs 19: For this plan which lasts only a day, customers would get 200MB while on subsequent recharges customers will get 100MB data.

Rs 49: Under this plan Jio subscribers will get 600MB while on subsequent recharges the data will be reduced to 300MB for three days.

Rs 96: With a total validity of seven days, this plan offers 7GB to and only 600MB to its customers thereafter.

Rs 149: Under this plan users will get 2GB on first recharge and 1GB for a period of 28 days thereafter. There is no FUP prescribed under this plan. SMSes however have been capped at 300 per cycle with unlimited local and STD calling.

Rs 309: This plan offered unlimited local and STD calling with 84 GB data at 4G speed for 84 days. On subsequent recharges the customers will get 28GB data for 28 days.

The Rs 309 plan was initially named as the Rs 303 plan under Summer Surprise which offered Prime customers 28GB data and non-Prime only 2.5GB data for 28 days.

Rs 509: The company’s prepaid subscribers under this plan were offered 168GB for 84 days along with unlimited calling and subsequent recharges will offer 56GB for a period of 28 days.

Rs 999: Under this plan the customers will get 120GB with no data capped per day for a period of 120 days. The next recharge would give people 60GB for a period of 60 days.

Rs 1999: A total of 185GB is being offered on the first recharge for a period of 150 days post which subscribers will have to pay the same amount for 125GB for a period of only 90 days.

The FUP for all plans mentioned above also entail that post the conclusion of 4G data quota customers will be able to browse at 128 Kbps.

Rs 309: Under this plan subscribers will get 90GB with FUP at 1GB/day for a period of 90days or three months. Subsequent recharges will give the customer 30GB for one month.

Rs 999: Subscribers of this plan will get 180GB, post consumption of 4G data speed will be reduced to 128 Kbps for three months. Post the first recharge customers will get 60 GB for one month only.

There is no difference between Jio's Rs 509 and Rs 999 plan however under the latter the company has not placed any daily 4G FUP clause.