The company also rolled out two new campaigns to celebrate cricket with the fans. The campaigns were aimed at making the World Cup moments special for the consumers with the simple pleasure of drinking a Coca-Cola. 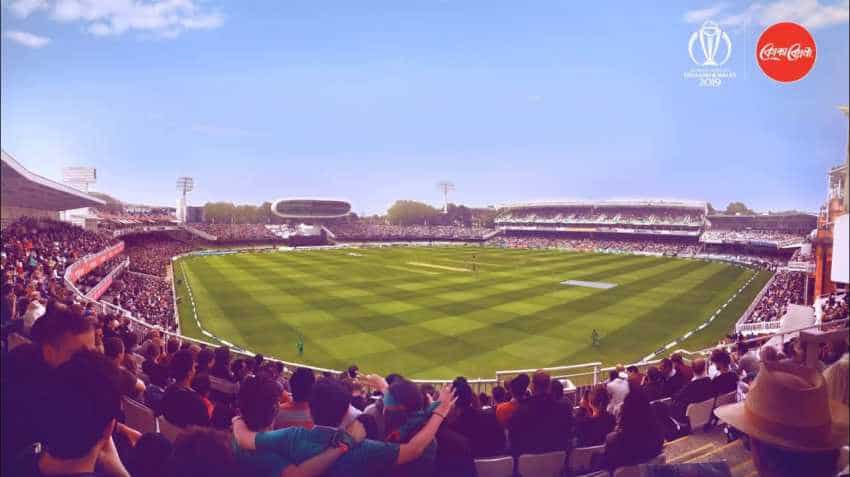 The company created a line of innovations and which linked activations On-Ground and In-Ground for the consumers digitally. Image source: Youtube
Written By: ZeeBiz WebTeam
Edited By: Rajeev Kumar
RELATED NEWS

World Cup 2019: Going to watch Indian cricket team in England? How RuPay and this travel insurance firm can help

Coca-Cola has entered into a five-year global strategic partnership with ICC, initiated from India, to celebrate cricket and to create memorable experiences for the cricket fans across the world. This partnership includes all ICC events around the world, including the ICC Men’s Cricket World Cup 2019 in England and Wales, the ICC men’s and women’s T20 World Cup in Australia in 2020, the ICC Women’s World Cup 2021 in New Zealand and the ICC Men’s Cricket World Cup in India in 2023 amongst other global tournaments, said the company statement.

The partnership has strategically aligned both ICC and Coca-Cola for the long-term by combining the Coca-Cola Company’s diversified portfolio of over 500 brands and worldwide retail reach with ICC’s unwavering focus to expand the sport’s footprint globally, it said.

The company has also rolled out two new campaigns to celebrate cricket with the fans. The campaigns were aimed at making the World Cup moments special for the consumers with the simple pleasure of drinking a Coca-Cola.

In the early stages of the game when consumers were preparing for the tournament, Coca-Cola focused on building a Stock Up Ritual. The film focused on building consumption depth around cricket viewing by encouraging fans to ‘Stock Up’ to be ‘Match Ready’. It featured Ranbir Kapoor and Paresh Rawal, who encouraged cricket lovers to be prepared in advance and stock-up Coca-Cola to relish every second of the World Cup and not miss any game-changing cricket moments.

Later, Coca-Cola started conveying its core idea: Be the 12th Man. The film symbolized the hopes, aspirations, anxieties of Indian fans and what their spirit could be. The campaign addressed what is there in their hearts and minds during the World Cup. Keeping this in mind, ‘12th Man’ campaign was built around the simple idea that, ‘To be part of the team, you don’t need to be in the team’. The film featured ace cricketers Rishabh Pant (India’s 12th man just before as he was selected in the playing 11 for IND vs ENG) and Yuvraj Singh with a voice-over by Ranbir Kapoor.

According to the company, the campaigns have so far received more than 180 Mn views on television and 200 Mn views on Hotstar and were appreciated by consumers and industry experts. Furthermore, Ravindra Jadeja also posted when he joined the World Cup playing squad. Many people from different walks of like including celebrities such as Sourav Ganguly, Suniel Shetty and Paresh Rawal joined the chorus and congratulated the players.

The company created a line of innovations and which linked activations On-Ground and In-Ground for the consumers digitally. Special promotions were kicked-off to provide consumers an opportunity to win an all-expense paid trip to London and watch World Cup match live along with other attractive prizes.

Coca-Cola also made the World Cup Cricket moments special for consumers through its timely, contextual messaging. A special team was set up to create real-time contextual content, one-on-one communication with consumers and creating content for brand advocates across 21 cities in India  and six languages.

It also took the celebrations across borders and excitement got extended to other South West Asian countries such as Bangladesh, Sri Lanka, Nepal, Bhutan and Maldives to win consumer hearts and become an essential part of the shopping basket.

World Cup 2019: Going to watch Indian cricket team in England? How RuPay and this travel insurance firm can help