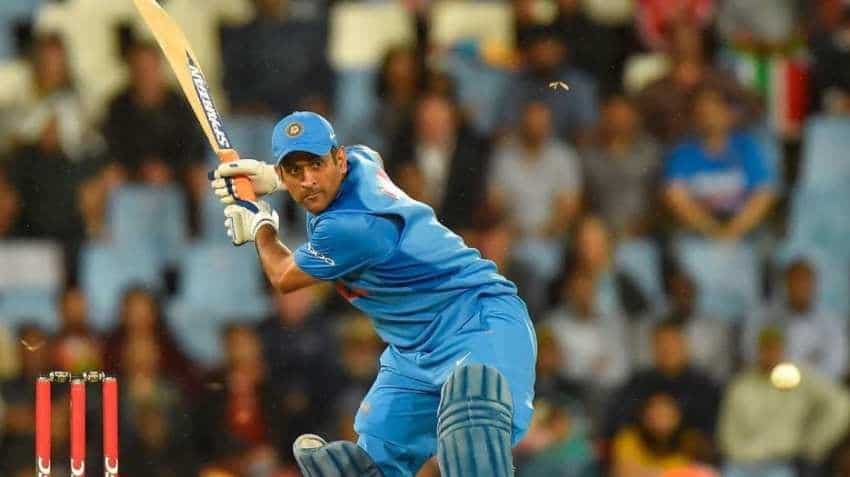 There is a reason why Mahi is known as Captain Cool. MS Dhoni is popular to make decisions, change bowlers, play tactically under pressure situations.
Written By: Hardik Bansal
Edited By: Rajeev Kumar
RELATED NEWS

Happy Birthday, MS Dhoni: Social media is flooded with wishes and blessings for Mahendra Singh Dhoni today to win ICC World Cup 2019. India is just two steps away from lifting the World Cup for the third time. The Captain Cool, Mahendra Singh Dhoni, turns 38 today and his fans have sent their best wishes from around the globe.  The celebrations for MS Dhoni's birthday began early on Sunday as the Indian team celebrated the special occasion with his family and friends in Leeds, after clinching a win over Sri Lanka in the ongoing World Cup.

The 2007 T20 and 2011 50-over World Cup winning skipper was showered with loved and lots of good wishes from former players, teammates and fans on social media. Recently, Dhoni attracted a lot of stick for his slow batting during the World Cup. But his team led by skipper Virat Kohli has been rock-solid by his side. From cricketers to fans, social media looked jammed with birthday wishes for Dhoni.

Starting his Team India journey in 2004, against Bangladesh on December 23, Mahi has played International cricket for India for 15 years. With dedication, fitness, focus, ability to take quick decisions and risk-taking appetite, Dhoni has emerged as one of the most followed sports personalities in the world. From winning the World Cup in 2011 to making India the No.1 cricket playing nation in ICC rankings, Dhoni has served Indian cricket with an outstanding passion and responsibility.

There is no doubt as to why Mahi is considered as one of the best cricketers in the world. Here are the three things that you can learn from Mahendra Singh Dhoni to become financially fit in life:

1. Being patient in tough situations

There is a reason why Mahi is known as Captain Cool. MS Dhoni is popular to make decisions, change bowlers, play tactically under pressure situations. With his ability to calculate the game and remain cool under tough situations, he has won a number of matches which were impossible to win for India. Similarly, being patient for your financial goals and investments is the key to multiply money in the long term. Sometimes you may not get enough returns on investments or find it difficult to save money, however, being patient and calculative under such situations can let you cross the financial hurdles and register a win in long term.

Mahi is known for his risk-taking ability. During the ICC T20 World Cup 2007 final against Pakistan, Dhoni handed over the ball to a medium pace bowler, Joginder Sharma to bowl the last over. India managed to win the match due to his calculated risk and field placement. This teaches us the importance of taking risks in life. One should always try out something new to win in life. As far as financial goals are concerned, risking a calculative amount in investment, business or fund can let you register a victory in the long term.

Dhoni is famous to take quick decisions on field. He has been seen a number of times setting up field placements before deliveries and batsmen getting out on next balls. From changing batting orders of players to change bowlers on the field, Mahi takes quick decisions after serious planning. You just cannot predict what's there in Dhoni's mind when it comes to planning the game and executing the action on the ground. Similarly to get a financially fit life, one should always plan and execute quickly. Many times, people do not plan or take actions on time, which leads to regrets and losses in the long term.

Though MS Dhoni is not captaining team India in the ongoing ICC World Cup 2019, the country still sees him as the guide behind India's success in the tournament. Be it with gloves behind the wickets or with the bat under tough situations, Mahi has always delivered and fans want him to fetch India, its third World Cup trophy. India has finished the league stage of World Cup 2019 at first spot on the points table with 15 points and 7 wins (1 tie and 1 lost) out of 9 matches played. Just two steps away from winning the third World Cup, India will be playing their semi-final match against New Zealand on Wednesday, July 9.