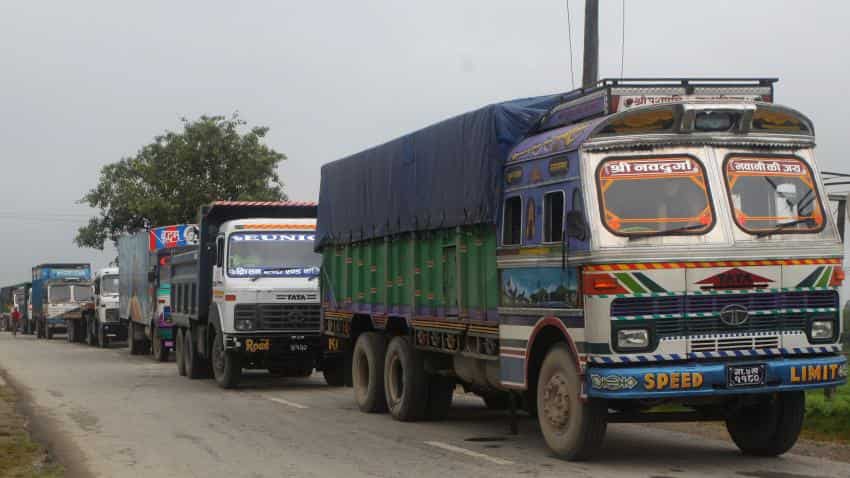 While car sales struggled in October this year, commercial vehicle (CV) sales saw a much better festive season. The CV segment which had taken a kit at the start of the year seems to coming back on track since July this year.

The growth is driven by pent-up demand post GST, healthy replacement-led demand especially in Tractor Trailer segment owing to stricter implementation of CMVR regulations and pick-up in construction and mining activity, driving demand for tipper trucks, according to a recent ICRA report.

The ICRA report further expects the domestic CV industry to grow by 6-7% in FY18.

Within the CV industry, the MHCV (Truck) segment is likely to register a growth of 2-4% in FY 2018 aided by pent-up demand post GST, higher budgetary allocation towards infrastructure and rural sectors and stricter implementation of regulatory norms especially related to vehicle length (for certain applications) and overloading norms.

“The industry volumes prior to July had remained tepid during Q1 FY 2018 due to pre-buying in Q4 FY 2017 and fleet operators deferring new vehicle purchases in view of incoming GST regulation from July 2017. As a result of these factors, the domestic CV sales contracted by 9.1% during Q1 FY2018 on a Y-o-Y basis with MHCV (truck) sales hit the most (down 32.6%), says an ICRA report, further the contraction was also contributed by limited availability of BS-IV compliant vehicles because of uncertainty related to implementation of new emission norms,” said the report.

However, the festive season saw a decent growth in sales of most CV companies.

The company, a joint venture between Volvo Group and Eicher Motors, had sold 4,560 units in the same month last year, VECV said in a statement.

Hinduja Group flagship Ashok Leyland reported a 3% jump in total sales at 12,914 units in October this year. The company had sold 12,534 units in the same month last year.

Sales of medium and heavy commercial vehicles declined by 5% to 9,110 units as against 9,575 in the year-ago month, the company said in a statement.

The company had sold 46,500 units in the same month last year, Tata Motors said in a statement.

M&M President Automotive Sector Rajan Wadhera said, "The auto industry has had a mixed month. The build up to Dhanteras and Diwali was good but the demand tapered off subsequently."

"This year, September and October combined, we have grown by 7.9% in auto division. Going forward we enter into a year-end period of lower sales," Wadhera said.

The company expects to sustain the growth momentum for the remaining period of the current financial year on the back if refreshes and new variants that have been launched, he said.

However, Mahindra's tractor sales was down 10.88% to 40,262 units in October. The company had sold 45,177 units in the same month last year, Mahindra and Mahindra said in a statement.

Escorts tractor, on the other hand, recorded a sales growth of 13.8% in October after it sold 10,205 units for October. The company had sold 8,970 tractors in the same month a year ago.