Like Google, the Chinese company is spending on research and development to put a driverless car on the road. 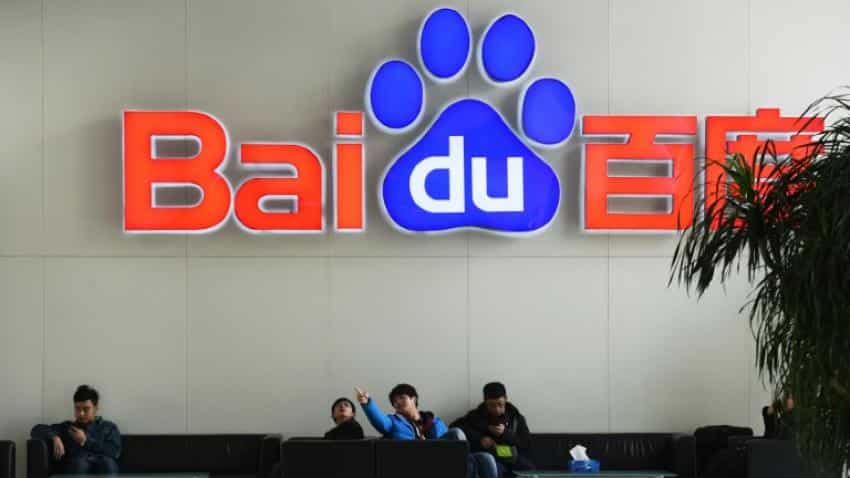 Baidu shares rose more than 4% to $194.99 in after-market trades on the Nasdaq exchange following release of the earnings figures. Photo: AFP
RELATED NEWS

Income for the three months ending in March reached $2.45 billion (15.82 billion yuan), up 31.2% from the same period a year earlier, according to a statement released Thursday, as ads flowed into its search engine.

"We had a terrific start to 2016," Baidu chief executive Robin Li said during a conference call. "This quarter we made notable progress in executing our mission in connecting users with information and services."

But net profit slid 18.9% year-on-year to $308.1 million for the quarter, the statement said, as the firm seeks to diversify its business beyond online search.

Baidu, often referred to as China`s version of Google, is investing heavily in services ranging from online payments to online-to-offline transactions, such as food delivery. Like Google, the Chinese company is spending on research and development to put a driverless car on the road.

"We believe that the automobile is the next major computing platform," Li told analysts during the call. "We`re on track now to deploy autonomous vehicles powered by Baidu technology in 2018 with production at scale by 2020."

Baidu shares rose more than 4% to $194.99 in after-market trades on the Nasdaq exchange following release of the earnings figures.

"We are pleased to deliver very strong results for the first quarter, and our integrated online marketing and transaction services platform continued to exhibit strength and momentum," Baidu chief financial officer Jennifer Li said in the statement.

The company expects revenue in the second quarter to range from $3.12 billion to $3.19 billion in what could be an increase of more than 28% from the previous year.