Tesla's operations would be located inside a free-trade zone. This would mean that Tesla could still be subject to China's steep tariffs as it would be treated as though they were still being shipped from outside China, unless it can negotiate a special exemption. 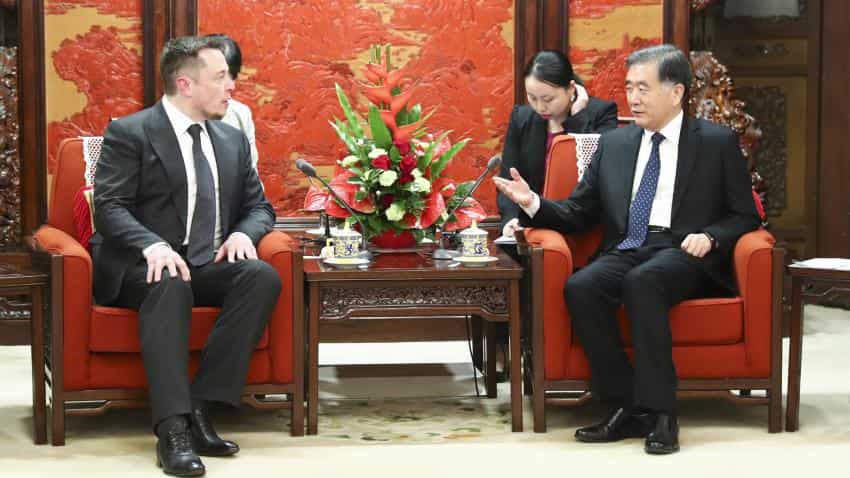 Tesla moves closer to deal to build cars in China

According to US media reports Tesla has reached an agreement to build a wholly owned factory in the China. Tesla has a preliminary deal with the Shanghai municipal government that would give the company ownership of its facility, said a New York Times report quoting two people in the know.

It further said Tesla's operations would be located inside a free-trade zone. This would mean that Tesla could still be subject to China's steep tariffs as it would be treated as though they were still being shipped from outside China, unless it can negotiate a special exemption.

However, the deal offers Tesla control over its trade secrets and may give the company leverage to negotiate better terms. This preliminary deal between Tesla and the Chinese government is expected to complete the deal by the end of the year.

Tesla has shown interest in setting up its first manufacturing plant outside the US in India several times. This was seen as last year the company's CEO Elon Musk had tweeted that they were looking to launch their cars in India and after PM Modi's visit to the Tesla factory in the US in 2015.

Even Nitin Gadkari, Minister of Road Transport, Highways visited the Tesla factory in the US with a view to initiate a joint venture between Indian automobile companies and Tesla.

Gadkari proposed to the Tesla senior executives to make India their Asia manufacturing hub and offered land near major Indian ports to facilitate export of their vehicles to South and South East Asian countries.

However, Tesla's plans to set up its manufacturing unit in India seemed to have hit a roadblock over issues surrounding the local sourcing norms.

Musk in a tweet blamed the FDI norms in India for the delay in its entry into the Indian market. However, the government through its Make in India twitter handle denied that it does not have any such regulation regarding automobile companies.

Musk on Monday, in response to a tweet asking if there was a chance for Tesla to launch in India in 2017 or 2018 said, “Maybe I'm misinformed, but I was told that 30% of parts must be locally sourced and the supply doesn't yet exist in India to support that.”

However, the Make in India twitter handle frantically responded to Musk saying the FDI policy of India does not mandate any such minimum sourcing of components by manufacturers. “After manufacturing in India, a foreign investor is permitted to sell in any manner: wholesale, retail, including e-commerce. FDI policy also permits wholesale of imported goods in India without sourcing conditions,” it said.

It further added that it is only for retail trading of goods, that sourcing conditions are mandated. Conditions not applicable to manufacturers as goods are manufactured in India.

This could be a reason why the 'clarifications' made by the Make in India twitter account did not make a difference to Tesla and convince it to set up its manufacturing unit in India.

On the other hand, the Chinese government has managed to persuade Tesla to build cars in its country while paying tariffs on them to the government.

The New York Times report further said that if Tesla is making cars in the Shanghai area, it would have a powerful incentive to buy most of the parts in China. This it said would strengthen China's base of suppliers for the growing electric car industry.

Tesla moves closer to deal to build cars in China