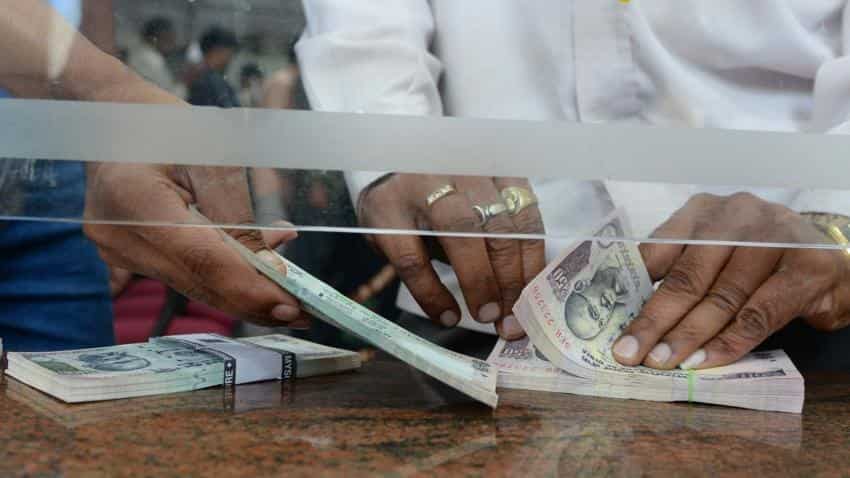 A man counting new Rs 100 currency notes in exchange of the old Rs 500 and Rs 1,000 notes at a bank counter in Bengaluru on November 10, 2016. Image Source: IANS
Written By: Tejal Yerunkar
RELATED NEWS

The Central Bureau of Investigation (CBI) has registered case against senior branch manager and other unknown officials of Central Bank of India and two directors of private firm in Bengaluru on Tuesday in an alleged notes violation norms of RBI.

" The CBI has registered a case U/s 120-B r/w 420 of IPC and Section 13(2) r/w 13(1)(d) of the PC Act, 1988 against Senior Manager and Branch Head of Central Bank of India, Basavanagudi Branch, Bangalore; two Directors of a private firm based at Bangalore and unknown officials of Central Bank of India and unknown others on an  information to the effect that after demonetisation announced by the Government of India on November 8, 2016, officials of Central Bank of India, Basavanagudi branch were issuing demand drafts (DDs) to various persons by accepting demonetised currency notes of Rs 500/- and Rs 1,000/-,” cited the CBI in a press release published on its website.

In a surprise move to curb black money, corruption and terrorism, Prime Minister Narendra Modi had announced on November 8 to demonetise old notes of Rs 500 and Rs 1,000 notes as legal tender from circulation.

According to CBI, this was allegedly done by the accused fraudulently to convert the old demonetised notes into cash. The DDs have been cancelled and encashed by the accused, it said.