It said for Bharti, benefits from additional spectrum assets will offset the spectrum liabilities taken over. 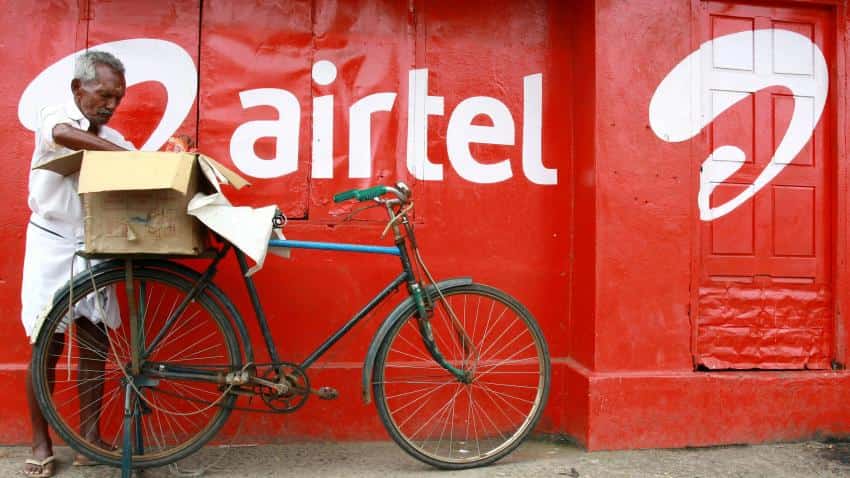 A man packs goods on the back of his bicycle as he stands next to the wall of a grocery shop painted with an advertisement for Bharti Airtel in the southern Indian city of Kochi May 5, 2011. Photo: Reuters/Sivaram V
Written By: PTI
RELATED NEWS

Vodafone, Idea likely to seal merger pact within a month

Acquisition of Telenor's business will increase Bharti Airtel's revenue market share by two percentage points to 35% and will add up to $60 million to its pre-tax profits, international ratings agency Fitch said on Thursday.

Stating that the move can be attributed to the growing pressure put by new entrant Reliance Jio on the sector, it said there will not be any rating impact on the country's largest telco Bharti as a result of it.

It said for Bharti, benefits from additional spectrum assets will offset the spectrum liabilities taken over.

The agreement announced today "is the latest sign that the entry of aggressive new operator Reliance Jio is spurring incumbents to consolidate to better meet the intense competition and weaker telcos to exit altogether", it said.

Bharti Airtel on Thursday said it has "entered into a definitive agreement with Telenor South Asia Investments Pte Ltd to acquire Telenor (India) Communications Private Limited" for an undisclosed sum in all seven circles where it holds spectrum.

In a separate statement, Telenor said the transaction will not trigger any impairment. As of fourth quarter 2016, the remaining value of tangible and intangible assets in Telenor India amounted to NOK 0.3 billion. The transaction is expected to close within 12 months.

The primary benefit of the acquisition for Bharti is 43MHz of 1800MHz spectrum, and it will also add 45 million subscribers to its current base of 266 million, Fitch said.

These subscribers generate a revenue of up to $700 million per year and it will push Bharti's revenue market share by 2 percentage points to 35%.

"Bharti will take over the deferred spectrum liabilities, which we will treat as future capex. We do not envisage the transaction to result in any other increased debt at Bharti," it said.

The spectrum in seven circles will bolster Bharti's 4G spectrum portfolio and allow it to better serve rising data usage by subscribers.

It can be noted that there has been heightened consolidation in the telecom space in the last two years, which has seen Reliance Communication and Aircel announce a deal and also Vodafone and Idea Cellular confirm talks.

Fitch said eventually, there will only be four players in the market, including Reliance Jio, Bharti Airtel, and the merged business of RCom and Aircel, and Vodafone-Idea.

"We continue to believe that competition will continue to remain high, and the consolidation is not likely to return any pricing power to the operators in the near term," it said, sticking to the negative outlook it has on the sector.

Vodafone, Idea likely to seal merger pact within a month