Best of Mindtree yet to come; firm is focussed on capitalising on opportunities: Chairman

In March, L&T had said it will buy 20.32 per cent stake in Mindtree from V G Siddhartha and his coffee enterprise for over Rs 3,000 crore - marking India's first-ever hostile takeover bid in the IT space. 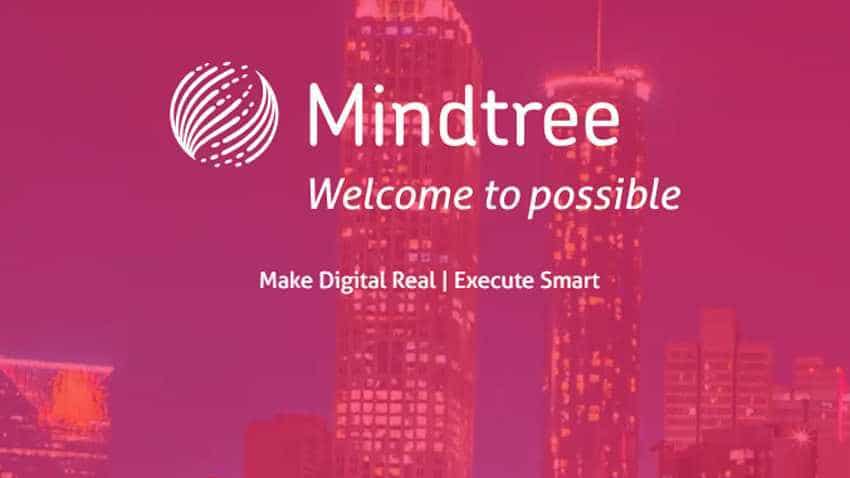 Mindtree, where Larsen & Toubro is in the midst of acquiring majority stake, has exuded confidence that it will deliver a low-teen growth rate in FY20. Image source: Reuters
Written By: ZeeBiz WebTeam
RELATED NEWS

Bengaluru-based company Mindtree, where Larsen & Toubro is in the midst of acquiring majority stake, has exuded confidence that it will deliver a low-teen growth rate in FY20, promising that the "best of Mindtree is yet to come". Describing L&T's unsolicited bid to acquire majority holding in the IT firm as "unusual situation", the company said it is fully committed to "handling this issue in a manner that maximises value for all our stakeholders". Here is what Chairman Krishnakumar Natarajan and CEO Rostow Ravanan said in the company's annual report filed with BSE today.

1. The two top officials said that the L&T matter was pending regulatory approvals at the time of penning the message, adding that the company is focussed on capitalising on the opportunities and maintaining high-growth trajectory, growing faster than the industry.

2. Their message said: "Although the external environment presents a slightly worrisome picture,  global trade wars, increasing risk of terrorism disrupting people's lives, slowing economic growth, and political uncertainty, we are confident that we are better prepared to handle these uncertainties than ever before," adding "We estimate that we will deliver a low-teen growth rate in FY20, along with a margin expansion of 100-120 bps."

3. In March, L&T had said it will buy 20.32 per cent stake in Mindtree from V G Siddhartha and his coffee enterprise for over Rs 3,000 crore - marking India's first-ever hostile takeover bid in the IT space.

4. Since then, L&T has steadily increased its holding in the Bengaluru-based tech firm to about 30 per cent. It is currently in the process of an open offer to buy an additional 31 per cent stake. In all, the infrastructure major is eyeing about 66 per cent stake in Mindtree for over Rs 10,700 crore.

5. The open offer - with an offer price of Rs 980 per share - opened on June 17 and is slated to close on June 28. If the offer is subscribed fully, the engineering behemoth will end up with a 66.32 per cent holding in Mindtree. L&T has secured three board positions at the IT services firm, giving the former a firm control over the company.

6. Mindtree has been in the spotlight since early part of this year due to the takeover saga, and more recently when its Board in mid-April proposed to pay a special dividend to shareholders, including promoters, that along with regular dividend and tax components would strip the mid-sized IT firm of about Rs 530 crore.

7. In the latest annual report, Natarajan and Ravanan stressed on the importance of rigorous governance standards as essential ingredient to deliver sustainable financial performance.

8. The two top officials were quoted as saying "You have our unequivocal commitment to uphold the highest standards of transparency and governance in Mindtree."

9. They admitted that some aspects needed improvement and two such high-priority areas included improving current margin levels which are currently below its expectations, and enhancing gender pay parity.