If you look at total collection from the day of release, eight movies have collected Rs 1,326 crore in Q1FY18 as against Rs 591 crore in Q1FY17. 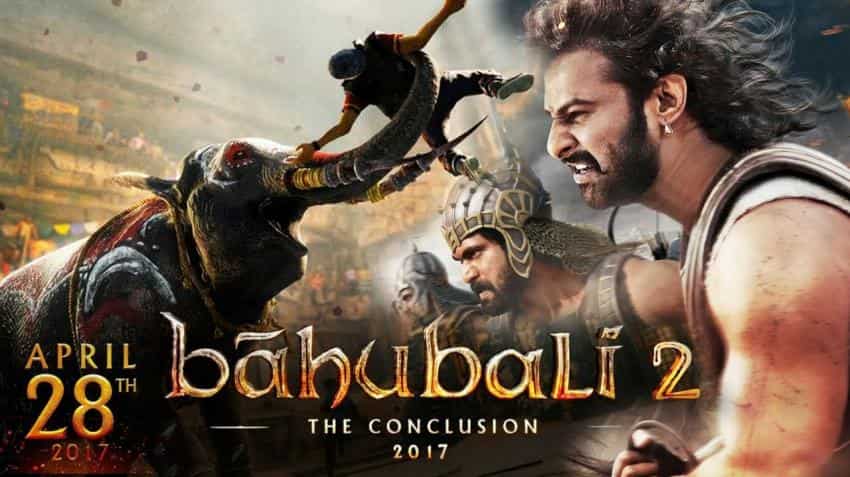 The first quarter of the current financial year is over. In just three months, the total collection of eight movies have crossed Rs 1,000 crore, double from the previous year during the same quarter.

If you look at total collection from the day of release, eight movies have collected Rs 1,326 crore in Q1FY18 as against Rs 591 crore in Q1FY17, a report by Edelweiss showed. 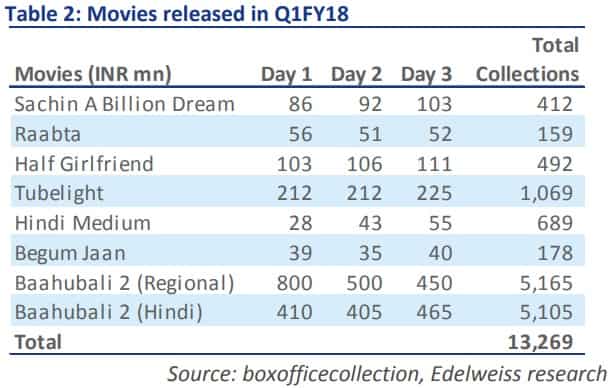 With Baahubali sequel ruling the box office, according the report, the footfall at the multiplexes rose. "However, it fell short of expectations due to lacklustre performance by Tubelight ‐  base had movies like Housefull 3 and The Jungle Book," Abneesh Roy, Analyst, Edelweiss said in the report titled 'Hits ‘n’ Misses: Unstoppable Baahubali rules'.

Further, the research company estimates that 18% year-on-year ad growth for PVR Ltd, was due to performance of Tubelight, Baahubali 2 and Sachin A Billion Dream. And, PVR's average price to grew 10% y-o-y during the quarter.

Moreover, the report mentioned that the multiplex industry to continue to report decent growth in Q1FY18 on higher share of net box office collections led by addition of screens in past 12 months. PVR opened eight screens in Q1FY18 and planning to open five IMAX screens. The pick up in Hollywood films to push multiplex companies margins further.

Other key development will be 28% Goods and Service Tax (GST) rate for above Rs 100 ticket price is neutral for industry. However, some benefits due to input credit set off will lead to EBITDA margin expansion.