The flight services launched with 72-seater plane will charge Rs 1200 as fare from first 35 passengers, while the rest will have to pay according to the RCS norms. 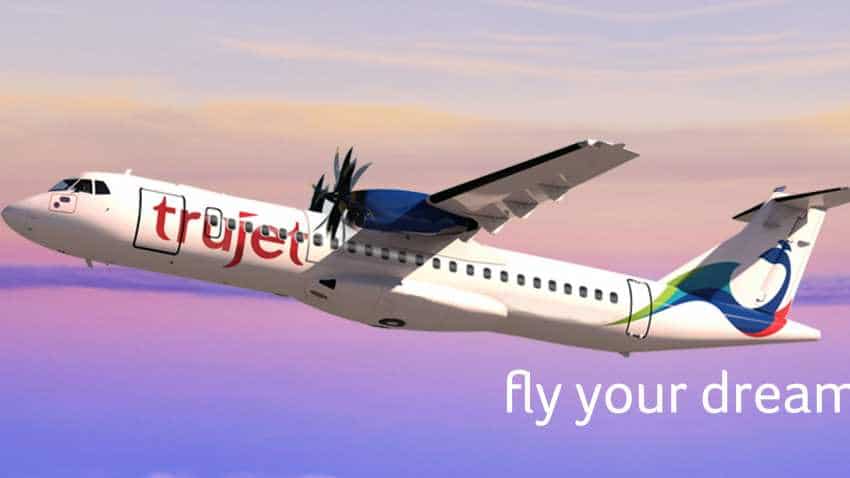 Giving boost to air connectivity in Gujarat, Hyderabad-based airline Trujet has started two flights under UDAN (Ude Desh ka Aam Nagrik) scheme or the Regional Connectivity Scheme (RCS). The two flights will fly between Ahmedabad-Porbander-Ahmedabad and Ahmedabad-Jaisaler-Ahmedabad. The flight services launched with 72-seater plane will charge Rs 1200 as fare from first 35 passengers, while the rest will have to pay according to the RCS norms.

Notably, flight services providing tickets at cheaper rates have not gained much success as Mumbai's Meher Air Service that started in 2015 was closed within a month. Similarly, Air Odisha also flew to connect cities in Gujarat also closed abruptly a few months ago.

Sudhir Raghvan, Chief Operating Officer, Trujet, told Zee Business that the company will be able to provide better services to passengers from Porbander to Dwarka-Somnath, besides the airline will also get international booking.

Pramod Sharma, airport director, Porbander, said that this flight comparatively cheap as it's fare is merely Rs 1200 from Ahmedabad to Porbander.