Domestic airlines warn their passengers to plan travel accordingly due to heavy rains and waterlogging in Mumbai. 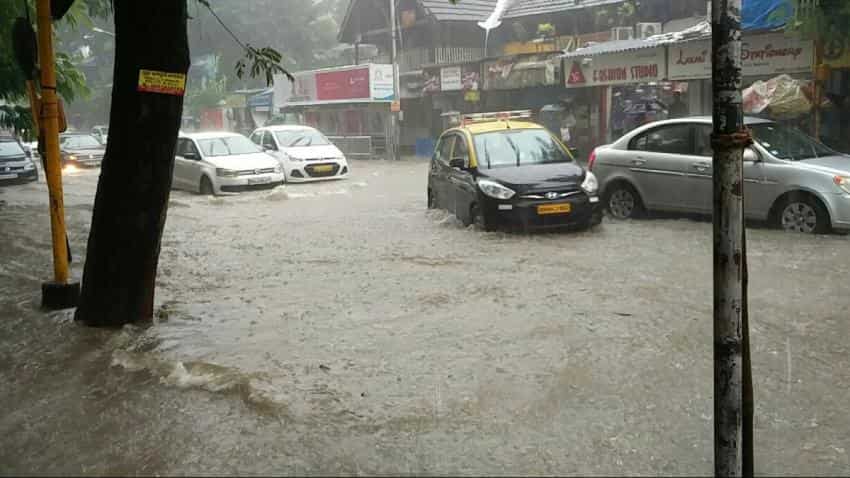 Airlines have announced that arrival and departures of flights have been delayed especially in Mumbai on account of heavy rains.

No frills airline, IndiGo was one of the first to tweet out, “Due to bad weather in Mumbai, our ‘to & fro’ flights are affected and delays are expected. Kindly check flight status via our mobile app, website or SMS ST(space)flt no(space)date of travel as DDMM to 566772. Traffic is expected on the route to Mumbai airport, request you to plan your travel accordingly.”

Due to bad weather in Mumbai, our to & fro flights are affected and delays are expected. Kindly check flight status via our mobile app, 1/3

Following which other airlines like Jet Airways, SpiceJet, Air India and Vistara have also advised passengers to plan travel accordingly.

The national carrier, Air India has advised its passengers to check with its call centre for travel updates.

“Due to heavy rain, flight operations may get affected at BOM apt (Bombay airport). Please contact AI Call Center for updates,” AI said in a tweet.

Jet Airways first said delays up to half and hour was expected up till 3pm and then extended it till 6pm today.

“Due to heavy rains in Mumbai, arrival & departure delays up to 30mins are expected at Mumbai airport till 1800 hrs,” the airline said.

#9Wupdate Due to heavy rains in #Mumbai, arrival & departure delays up to 30mins are expected at Mumbai airport till 1800 hrs.

Later the company put out another tweet saying that some flights to and from Mumbai stood cancelled.

“Due to ATC congestion at Delhi & Mumbai, all Departures/Arrivals & their consequential flights might get affected. Passengers are requested to cross check their flight status before leaving for the airport,” Spicejet said in a tweet.

Vistara said, “Customers flying ex-BOM are advised to allow more time for their journey to airport. Congestion on roads expected due to heavy rains. Delays due to heavy rains may impact departures & arrivals at BOM.”

Dadar Circle, Hind Mata and Gandhi Market are said to be waterlogged.