Apple CEO Tim Cook salary: With hefty 23% pay raise, this is what he got in 2018 - The bonus part is whopping $12 million! Check full package details 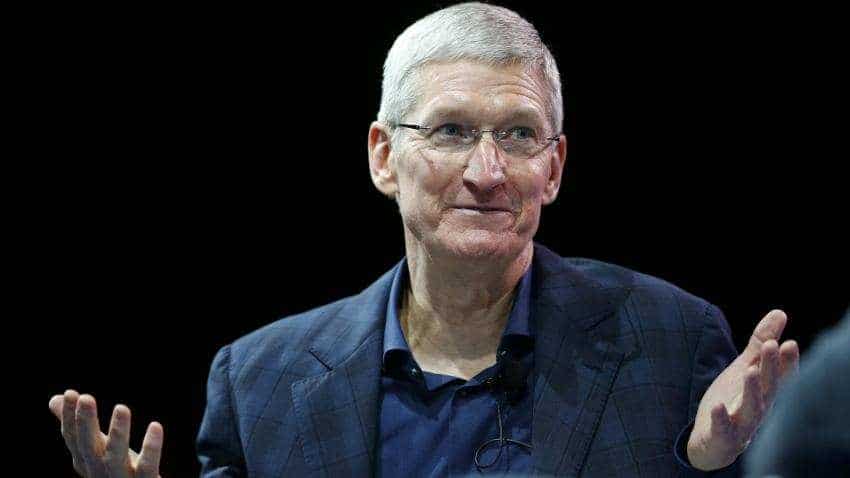 Tim Cook’s basic salary came down but the major push was incentives provided by Apple in 2018. Photo: Reuters

Apple Inc. is the world's one of biggest firms and in equity king Warren Buffett’s words - a real estate in its own. Guess what! Just like its brand, the company is also one the largest salary givers to its employees, and one can only imagine the pay its chief Tim Cook must be taking home. The company in an SEC filing has revealed that Tim Cook earned over $15.68 million 2018, higher by nearly 23% compared to the salary of $12.83 million in 2017. What is even more interesting to see is that Tim Cook’s basic salary came down but the major push was incentives provided by Apple in 2018. As per the filing, Tim Cook’s total pay scale was  $15,682,219 in 2018 under which  - a basic salary of $3,000,000 with a whopping $ 12,000,000 non-equity incentive plan compensations and a $682,219 other compensation was included.

But guess what! Tim Cook has more money than you can imagine in Apple. In fact, his yearly salary is nothing compared to his holding in Apple and their valuation.

Going forward, it would be quite interesting to watch Tim Cook’s salary in 2019, as Apple has slashed its revenue expectations for the first quarter of 2019 (ended December 29) to $84 billion, lower than the earlier estimate of $89 – $93 billion.

This cut comes with Apple's Chief Executive Tim Cook blaming slowing iPhone sales in China, whose economy was hit by uncertainty around US-China trade relations. The decision also highlights how the economic slowdown in China has been sharper than many expected, catching companies and leaders in Beijing off balance and forcing some to readjust their plans in the market.

Langya virus China: What this virus is, symptons and treatment - all you need to know