TCS has more than double in market  capitalisation  of the next biggest IT firm Infosys ($39 billion), and even oil-to-retail conglomerate Reliance Industries, at $88 billion m-cap, has much catching up to do. 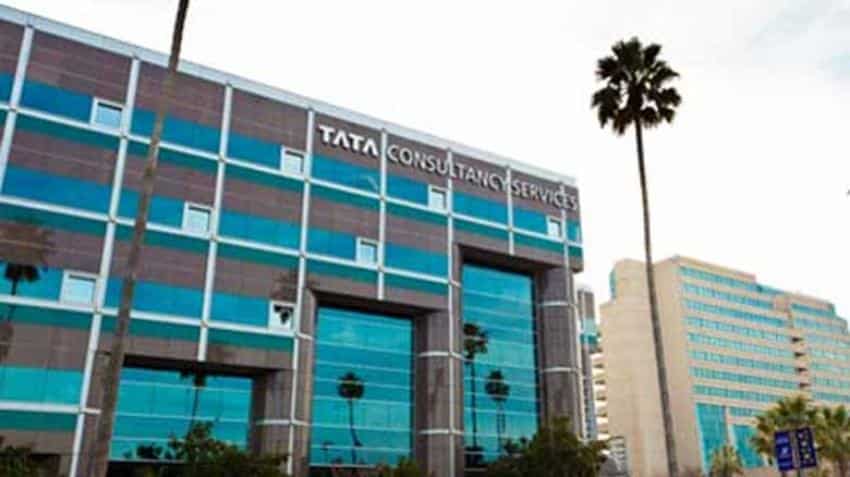 Tata Consultancy Services (TCS) on Monday became the first Indian technology company to cross the $100 billion mark in market capitalisation, over a decade after Reliance Industries achieved the feat in 2007. The Tata Group company is now the only Indian entity in the top 100 global firms.

However, it ended the day up around 0.3%, closing the day with m-cap at $98.34 billion. Monday’s rally came after an over 6% jump on Friday after TCS reported higher-than-estimated fourth quarter earnings.

TCS has more than double in market capitalisation of the next biggest IT firm Infosys ($39 billion), and even oil-to-retail conglomerate Reliance Industries, at $88 billion m-cap, has much catching up to do.

Ahead, investors are bullish about the TCS strong growth prospects.

“TCS is a unique company. It has entered a special place and will continue to attract more investors over the coming years. We are expecting the stock to give 22-25% returns in the next 1-1.5 years with a market-cap reaching $125 billion during the period,” said A K Prabhakar, head of research, IDBI Capital.

TCS has transformed itself into a global outsourcing giant and is much better placed over other IT rivals like Infosys, Wipro, HCL Technologies and Tech Mahindra, he said.

The company’s feat has come on the back of a stronger rupee in the last decade and a stable management,  led for the most part of the last decade by Tata Sons chairman N Chandrasekaran.

While TCS shines bright in the Tata empire, the other group firms, including once-heavyweights Tata Motors ($14.48 billion) Tata Steel ($10.26 billion), are far behind.

In contrast to TCS performance, Tata Motors shares have declined 24% in past one year, while other counters such as Tata Power, Tata Coffee, Tata Teleservices (Maharashtra) too, have been on the receiving end.

So will Tata group chairman N Chandrasekaran’s magic work on the other firms struggling to find favour with the investors in the last few years?

“Since sectors like steel is a cyclical business, it would be difficult for Tata Steel to grow rapidly. With China slowing steel imports and the global economy still not completely out of the woods, Tata Steel could struggle, although the company has of late taken several measures to cut losses, which will yield positive results over a period of time,” said Prabhakar.

In 2010, the IT giant became a $25-billion company, breached the $50-billion mark in the next three years and hit $75-billion figure in just a year.

TCS’s m-cap is more than double that of the country’s second-largest software outsourcer Infosys ($39 billion). It is almost equal to the m-cap of Accenture ($102 billion) and compares well with IBM ($133 billion).

“With its consistently superior financial performances, it is no surprise that the stock has been rewarded by the street, particularly for its sheer consistency. Over the past five-odd years, TCS’s average forward PE multiple stands at 19.3x versus 16x for Infosys, implying an average PE premium of >20% for TCS,” said Harit Shah, senior analyst - IT, Reliance Securities.

“For such a large firm in a maturing industry to be able to maintain and even enhance profitability over so many years, and to be able to deliver well above industry revenue growth is no mean feat. We expect the IT major’s strong processes, execution engine and operational efficiency to drive its performance going forward as well, given that these factors are structural and give it a competitive advantage versus peers,” said Shah.

Post 4QFY18 performance, we are encouraged by renewed traction in TCS’s business. Apart from BFSI and retail, other verticals achieved either in-line with or better than company average growth. The company also issued a bonus of 1:1, which along with the share buyback, is likely to improve sentiment. Given these factors, we believe the stock will be able to command a higher multiple, Shah said.

On Monday, Reliance Industries followed TCS with a m-cap of $89.11 billion.