Tesla was supposed to be launched in India this summer, however it has been long past the timeline and it looks like the electric car maker is once again in the process of starting a dialogue with the government. 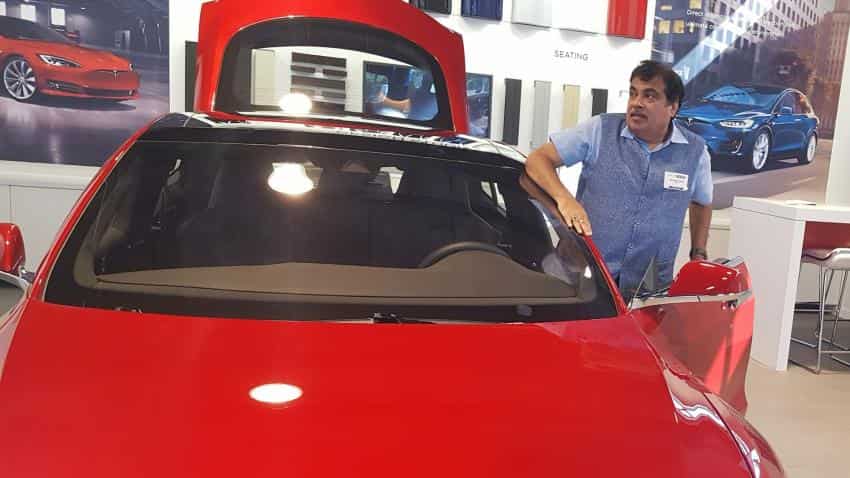 Tesla not opening base at JNPT SEZ: Gadkari

US-based electric car manufacturer Tesla is said to have initiated talks with the government to enter India. They are looking to enter the market through the single-brand retail route, according to a TOI report.

The report quoting unnamed sources said that the company has written to the government suggesting their interest in entering the market through the single-brand retail window.

The single-brand route comes with various riders such as the 30% local sourcing norms from India itself.

This development comes after Tesla CEO Elon Musk in June tweeted that they were in discussions with the Indian government and requesting them for temporary relief on import penalties or restrictions until a local factory is built.

However, in the case of Tesla being an automobile company the local sourcing norms may not apply. This as the Make in India twitter handle in May in response to Musk's tweet said that local sourcing norms are only for retail trading of goods. These conditions are not applicable to manufacturers as goods are manufactured in India.

Several automobile manufactures in India import either the whole car or in parts and assemble it here without sourcing any of the parts from India. These include many luxury car makers and even sedans or SUVs.

This new development may seem that the company is taking a concrete step into entering the Indian market.

Though this may be so, it still may be quite a long wait before Indian car enthusiasts see a Tesla driving through its streets.

This is as the report stated that the granting of an exception may not be easy and with the duty in excess of 100% the import route did not make sense.

We have seen even tech giant Apple struggle with the government for so long now to get an exception regarding the import duties of high technology equipment and even the 30% local sourcing norm. It however managed to set up an assembly unit recently in the country.

The government is expected to formally reply to Tesla over the next few weeks, considering the interest from buyers.

It also depends on the interest of Prime Minister Narendra Modi, who has been looking to get the company to setup in India and had even visited the company's headquarters in 2015.

Tesla seems keen to enter the Indian market as the electric vehicle market is gearing for a big push in the next few years with the government's target of all electric vehicles by 2030.

Even Musk had earlier commented on this target by the government and his interest to be a part of it.

This has already seen several companies firming up plans to launch their own electric vehicles in the next year or two. This includes companies such as Mahindra & Mahindra, Tata Motors, Hyundai, Maruti Suzuki, Ford, among others.

Tesla not opening base at JNPT SEZ: Gadkari