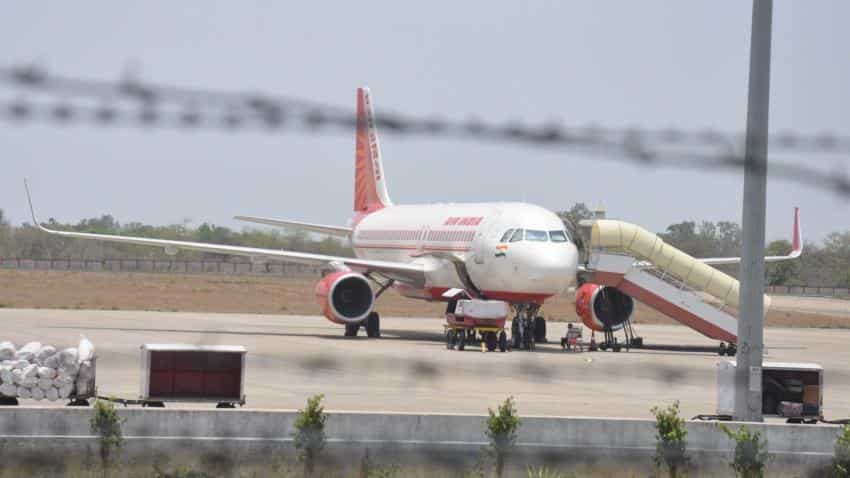 The state-run carrier had added 12 new flights in its domestic network while four flights were launched on international destinations in the previous year. Image Source: IANS
Written By: PTI
RELATED NEWS

Outlining its network expansion plans which include new flights and increase in frequencies to the existing domestic and international destinations, Air India on Monday said it expects to roll out non-stop services to Washington and Copenhagen from the national capital in next fiscal.

As part of this, Air India is expected to add two new international destinations -- Washington and Copenhagen -- and increase frequencies on domestic routes like Nagpur, Ahmedabad, Chandigarh and Leh by July, the airline said.

The state-run carrier had added 12 new flights in its domestic network while four flights were launched on international destinations in the previous year.

As part of its international route network expansion plans, Air India is looking to launch its flight services to the Denmark capital Copenhagen from New Delhi in May, while the non-stop Delhi-Washington service is expected to take off in July, the airline said.

The services to Copenhagen will be operated by the Boeing 787-8 (Dreamliner) while Delhi-Washington route would be serviced by B777, it added.

Air India's Washington flight would be the fifth direct connection to the US, it said, adding the Copenhagen flight service will offer convenient onward connections to Scandinavian countries like Sweden, Norway, among others.

In addition to this, Air India plans to connect Bangkok by starting direct flight operations from Chandigarh and Kolkata in May besides starting a second frequency from Delhi, it said.

On the domestic side, Air India plans to add new frequencies on various routes apart from starting new connections to bolster regional connectivity.

This includes a direct flight service to Port Blair from Delhi in May as well as addition of frequency to Leh from the national capital in May.

Air India also plans to introduce a second flight to Nagpur from Delhi and increase frequency to Ahmedabad from New Delhi to four in March, it said.