Boeing Co will mandate on Boeing 737 Max 8 jets a previously optional cockpit warning light, which might have warned of problems that possibly played a role in the recent crashes of Ethiopian and Indonesian planes, two officials briefed on the matter said. 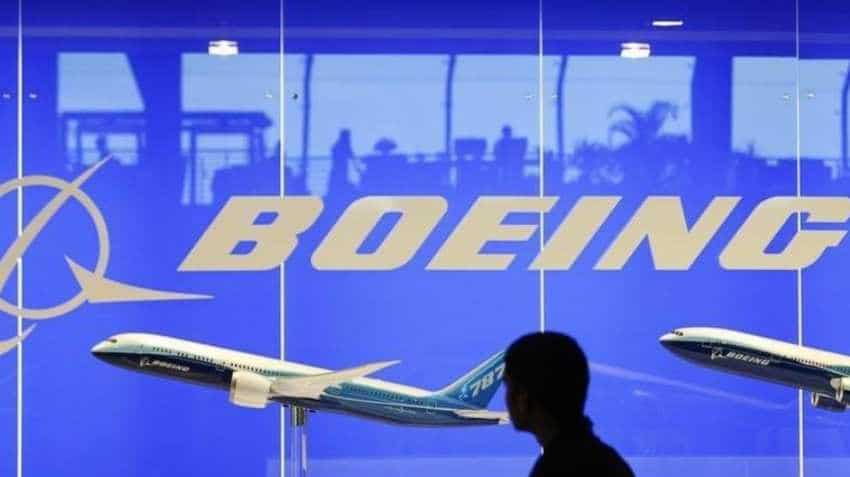 Boeing Co will mandate on Boeing 737 Max 8 jets a previously optional cockpit warning light, which might have warned of problems that possibly played a role in the recent crashes of Ethiopian and Indonesian planes, two officials briefed on the matter said. The safety feature is expected to be offered as part of a software update to the MAX fleet that was grounded in the wake of the Ethiopian Airlines crash, said the officials who asked not to be identified.

The crash set off one of the widest inquiries in aviation history and cast a shadow over the Boeing MAX model intended to be a standard for decades. Boeing did not immediately comment on the plan to make the safety feature standard, but separately said it was moving quickly to make software changes and expects the upgrade to be approved by the U.S. Federal Aviation Administration (FAA) in the coming weeks.

But Indonesia`s national carrier Garuda said on Friday that customers had lost trust in the planes and it has sent a letter to Boeing asking to cancel an order for 49 MAX 8s - the first airline to publicly confirm plans to cancel an order for the troubled aircraft. The current order was valued at $6 billion at list prices and Garuda, which currently has one MAX in its fleet, said it could switch to other Boeing models.

While a direct link between the crashes has not been proven, initial investigations show similarities and attention has focused on an automated flight-control system, MCAS (Maneuvering Characteristics Augmentation System), that came into service two years ago with the MAX. The software is designed to prevent a loss of lift that can cause an aerodynamic stall, sending the plane downwards in an uncontrolled way. In the Lion Air crash, it may have been erroneously activated by a faulty sensor, investigators believe.

Chicago-based Boeing will also retrofit older planes with the cockpit warning light, the officials told Reuters. The world`s largest plane maker previously offered the alert, but it was not required by aviation regulators. Boeing has said it plans to make software changes to the aircraft, but it is unclear how long it will take Boeing to refit existing MAX planes with new software or hardware.

Experts said it could take weeks or months to be done, and for regulators to review and approve the changes. Regulators in Europe and Canada have said they will conduct their own reviews of any new systems. The FAA has said installation of the new software and related training was a priority.

Randy Tinseth, Boeing`s vice president of commercial marketing, said the software changes include changes in the control laws of the airplane, an update of the displays, the flight manual, as well as the training.

Boeing has tested the improvements in a simulator and in the air, he said on Thursday. He defended Boeing`s design and production processes, adding that it was too early to speculate on what the investigations will show. The company has said there was a documented procedure to handle the automated system at the heart of the problem.

The pilots` union of Southwest Airlines, the largest operator of the MAX, said it is working with the company, Boeing, other pilot unions and the FAA to test and validate the new software. "We still would like to have more detail on the development, control parameters and testing done on the algorithm that will trigger an MCAS event," the union said in a statement.

The American Airlines` pilots union told Reuters it expects to test the software fix on simulators this weekend in Renton, Washington, where Boeing builds the MAX and has two simulators.  MAX simulator training is currently not required, partly because not many simulators exist. Southwest and American expect to receive MAX simulators later this year.

Ethiopian Airlines said on Thursday the simulators are not designed to replicate the MCAS problems. The airline is among the few that do have a simulator but the captain of the doomed flight had no chance to practise on it before the crash, a pilot colleague said.

The two crashes killed almost 350 people. Since the Ethiopian crash, Boeing shares have fallen 12 percent and $28 billion has been wiped off its market value. Pressure has mounted on the company from U.S. legislators, who are also expected to question the FAA. The company also faces a criminal investigation by the U.S. Justice Department.

Several lawsuits already filed on behalf of victims of the Lion Air crash referring to the Ethiopian accident. Boeing declined to comment on the lawsuits. Consumer advocate and former U.S. presidential candidate Ralph Nader lost a grand-niece in the Ethiopian crash and urged whistleblowers to help challenge the aviation industry and get to the bottom of what happened.