Volvo XC90 Plug-In Hybrid to be assembled in India by late 2019; Check out price, features

Volvo Auto India has announced that the company will start local assembly of the XC90 PHEV variant, which was launched in the country last year, by the end of 2019. The car is priced at Rs 1.25 crore (ex-showroom India). 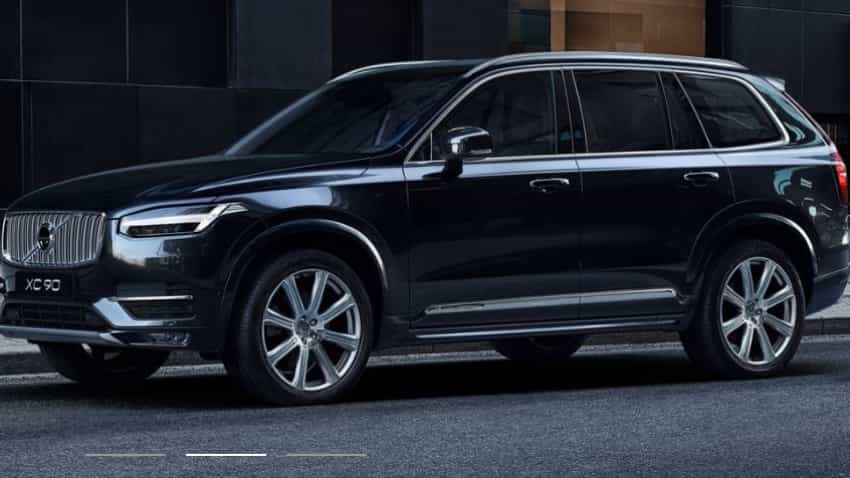 Volvo Auto India has announced that the company will start local assembly of the XC90 PHEV variant, which was launched in the country last year, by the end of 2019. The car is priced at Rs 1.25 crore (ex-showroom India). Volvo started assembling the XC90 in India in late 2017, followed by assembling the S90 at its Bengaluru plant, according to an NDTV report. The company again started to assemble the XC60 in September this year.

Volvo XC90 T8 Inscription plug-in hybrid, which is a 7-seater car is quite similar to that of T8 Hybrid Excellence variant, in terms of looks. The car comes with 4-zone climate control, panoramic sunroof, bowers and Wilkins system, HUD, adaptive suspension, Nappa leather seats and ventilation function for the front passengers. The other features, however, remain the same as that of XC90 T8 Inscription.

XC90 T8 Inscription reportedly gets a 2.0-litre, direct injection, four-cylinder petrol engine that churns out 320bhp and 240Nm of torque. The car also generates 398bhp of max power and 640Nm of peak torque. The engine comes along with a 8-speed automatic transmission, with the power getting transferred to the rear wheels through the electric motor, while the front is powered by the petrol mill, it added.

It can reach a speed of 0-100kmph in just 6 seconds. This electric motor can be charged with the help of 110V or a 240V for about 12 hours or six hours depending on the outlet. The car also comes with brake energy recuperation feature, which helps it to charge the electric motor whenever the brakes are applied.

There are 6 drive modes that the company is offering and those are Save, Pure, Hybrid, Power, All-Wheel Drive, and Off-Road. At no additional cost, Volvo is offering two charging stations to the customers which can charge the car in just 2.5 hours.