The impact of tight liquidity is likely to cripple the road logistics sector in the near-term and would prompt the transport community to put their vehicle replacement or addition plans on the back burner, added the report. 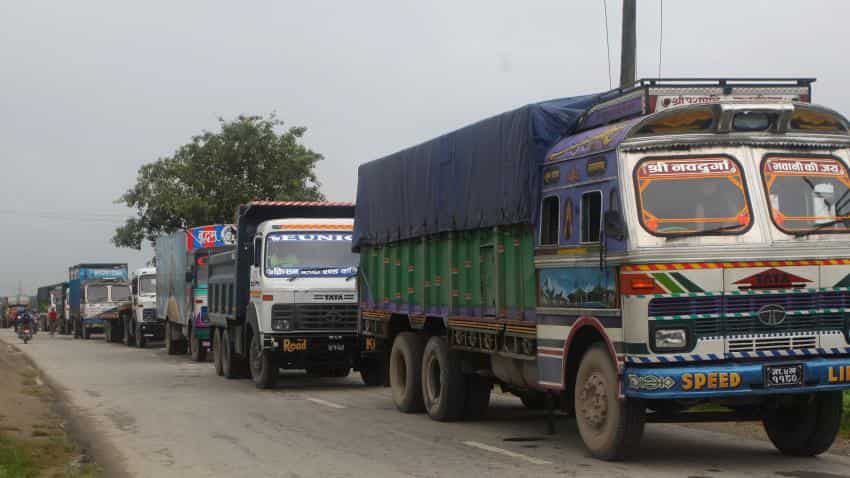 Trucks lined up on the road. Photo: IANS

The automobile industry may have been stopped in its tracks due to government's decision to demonetise old Rs 500 and Rs 1,000 notes.

Despite the high financing penetration in the CV space, the impact of tight liquidity is likely to cripple the road logistics sector in the near-term and would prompt the transport community to put their vehicle replacement or addition plans on the back burner, added the report.

The impact of demonetisation has further added to the troubles of CV sales as it has been declining over the last 3-4 months due to waning replacement demand, weak industrial activity and uncertainty related to the impact of GST regime on its prices.

While demand for CV sales was earlier expected to grow by the end of FY17 due to pre-buying following the implementation of BS-IV emission norms from April 2017 onwards, the demonetisation move has put this decision under pressure for buyers.

Among the fleet operators market load operators have hit the most owing to high reliance on cash-based transactions to meet trip expenses, said the report.

“Our discussion with some of the organised fleet operators suggest that their own-fleet operations have not been hit as severely as the market load operators as they have moved to large part of their operations to cash-less transactions. However, certain expenses which can't be met through online payments etc are adding to the problems,” said the report.

CV dealers say that ongoing transactions have been put on hold by fleet operators after demonetisaion and new inquiries have dried up. “Although about 90% of CV sales in India rely on external financing, but the sentiment has turned subdued and fleet operators are likely to put their fleet expansion or renewal plans on hold till the situation settles down,” the report said.

According to some of the leading non-banking financial companies NBFCs, cash collections account for almost 30-60% of their overall collections depending on their customer, expect to see a big impact. They believe that the cash crunch would ease in the next couple of weeks. The report said that defaulting levels may increase in the near-term.

However, the bus segment in the CV industry would be least impacted due to demonetisation as a higher proportion of sales are to institutional clients.

Eicher forays into mini truck space with launch of Pro 1049