The Jaguar XE diesel variant launch in India is one of the 10 launches the company has planned for India this year. 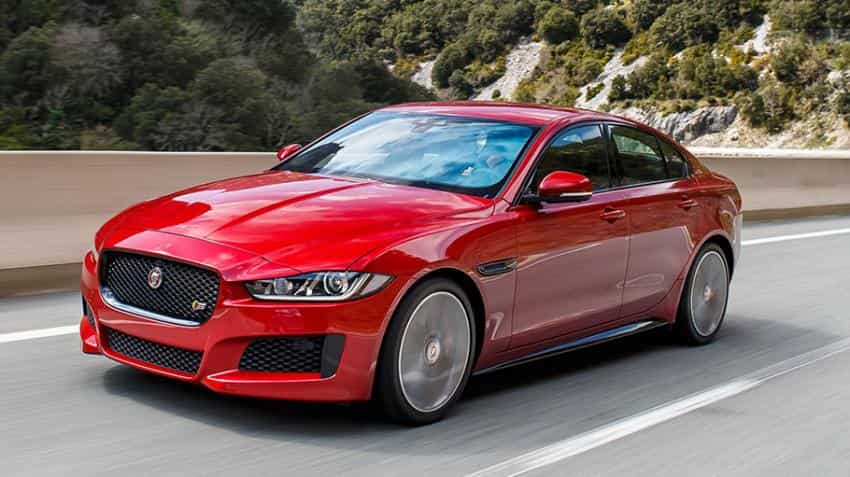 The Jaguar XE which has been launched in India. Photo: Jaguar official website
Written By: ZeeBiz WebTeam
RELATED NEWS

Jaguar Land Rover (JLR) on Monday launched the Jaguar XE diesel variant in India. The car comes with a 2.0 litre diesel engine and will start selling it from today. The Jaguar XE diesel is priced in India starting at Rs 38.25 lakh (ex-showroom New Delhi).

Some of the other features of the car include the Jaguar Drive Control, eight speed automatic transmission, Torque Vectoring by Braking, All Surface Progress Control, Meridian Sound System (380 W), Sliding Panaoramic Sunroof and an 8 inch touch screen with InControl Touch Infotainment System.

The MY17 Jaguar XE comes in three variants, ie the Pure, Prestige and Portfolio.

Some of the other cars that Jaguar has in India is the F-TYPE sports car starting at Rs 1.26 crore and the locally manufactured XF sedan which has a starting price of Rs 47.7 lakh. It also sells XJ sedan in India and is priced starting at Rs 97.2 lakh (all ex-showroom Mumbai).

JLR has 23 dealerships across the country.

The Tata Motors-owned company had planned to launch 10 new products in India this year as it looks to accelerate sales growth. This was one of the launches it had planned for India.

Besides this, it plans to launch the new Land Rover Discovery and the new Velar towards the end of the year.

It will also consider assembling more models in India as part of its strategy to enhance operations here.