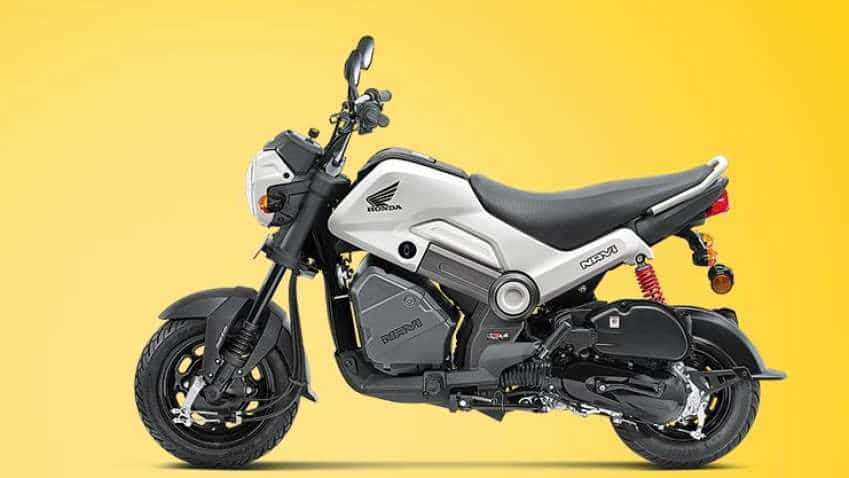 Honda Navi will be the sixth scooter in the company's scooter lineup to feature Combined Braking System (CBS), featuring tubeless tyres, said a BikeDekhi report, adding that the quirky little Navi is being offered in six colour variants of red, white, black, brown, green and orange. The updated Honda Navi CBS is said come with a price tag of Rs 47,110 (ex-showroom, Delhi), carrying a premium of Rs 1,768 over the standard version.

With the government emphasis on safety norms, the Aviator and Cliq are also expected to get a similar treatment like Honda Navi ABS. The new bike is powered by a 109.19cc, single-cylinder engine that produces 8PS of power at 7,000rpm and 8.94Nm of torque at 5,500rpm, said the report, adding that it features rather small 3.5-litre fuel tank.

According to the report, this new Honda product shows a unique approach to a monkey bike, exhibiting more practicality and an automatic transmission.

Weighing just 100kg, the Navi's suspension setup includes a conventional telescopic fork up front and a monoshock at the rear, while braking is handled by 130mm drum brakes at both ends, informs BikeDekho, adding that it comes with 12-inch front and 10-inch rear wheels in 90/90 and 90/100-sections tyres respectively.

The Honda Navi has reportedly no competition as it enjoys a free rein in its segment.