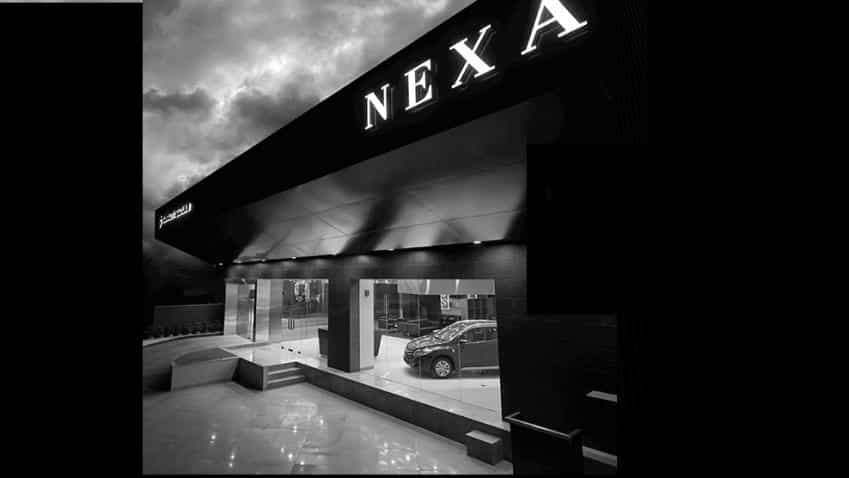 The company reported a sale of 100,000 or 1 lakh cars on its one year anniversary. Photo: Official website
RELATED NEWS

It has been a year since the launch of the automotive sales channel NEXA came into play for Maruti Suzuki India Limited (MSIL) with its targets underway.

The company reported a sale of 100,000 or 1 lakh cars on its one year anniversary.

This, the company stated was 10% of Maruti Suzuki’s total domestic sales.

Maruti stated on NEXA’s launch that it has a goal of arriving at a sale of 2 million cars by 2020.

NEXA has grown to 150 showrooms across 94 cities while its target 6-8 months post launch was to achieve only 100 showrooms.

The company sells its premium crossover called S-Cross and premium hatchback Baleno from the Nexa outlets.

At the launch the company boasted of employing 1000 relationship managers from aviation, hospitality and financial service backgrounds.

This number was expected to increase to 2500 in 6-8 months. However the company stated in a years’ time they have hired 3500 managers.

Speaking on the anniversary of NEXA, R S Kalsi, Executive Director, Marketing & Sales said, “Over half (51 per cent) of the customers who bought cars at NEXA were not customers of Maruti Suzuki at that point, indicating that through NEXA, we are able to attract new categories of customers.”

The company stated its future plans will be to expand the number of NEXA outlets to 250 by March 2017 and expects to contribute 15% of MSIL sales by 2020.