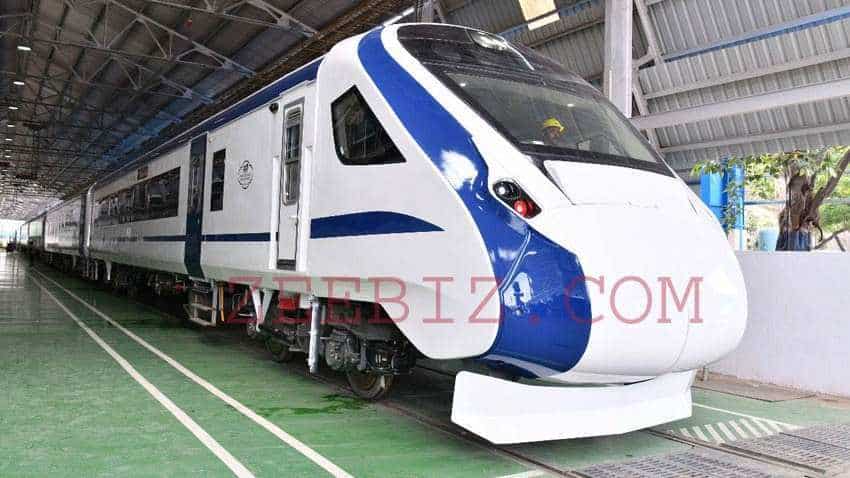 Train 18, which has already gained a maximum speed of 180kmph during trials, will leave for Allahabad at 00.55 am Saturday ,Image source: Zee Business
Written By: PTI
RELATED NEWS

Train 18, which has already gained a maximum speed of 180kmph during trials, will leave for Allahabad at 00.55 am Saturday for yet another trial run to the holy city in preparation for its commercial run on the route from January, a senior official said.

Prime Minister Narendra Modi is expected to flag off the train by mid-January, the official said.

It is expected to reach the holy city by 7:20am, completing the 665-km journey in six hours and 20 minutes at a speed of around 110kmph. This is approximately two hours less that what Rajdhani takes to complete the journey.

An official in the know of things stated that there are some electrical issues in the train that need to be sorted before it can be made operational.

The state of the art train is expected to run between Delhi and Varanasi, sources said.

Sources told PTI that the railways is mulling using Train 18 as one of the special trains to ferry delegates of the Pravasi Bharatiya Divas on January 24, from the Kumbh Mela in Allahabad to the national capital in time for the Republic Day event.

Earlier, the chief commissioner railway safety gave the go-ahead to run the train at a maximum speed of 160kmph but 20 conditions have been imposed, including fencing along the tracks. For a maximum speed of 130kmph, the CCRS has suggested fencing at vulnerable points to avoid any accident.

The gleaming, blue-nosed train comes fitted with amenities on a par with the best in the world -- on-board WiFi, GPS-based passenger information system, touch-free bio-vacuum toilets, LED lighting, mobile charging points, and a climate control system that adjusts the temperature according to occupancy and weather.