This is the second time in little over a month that the flagship carrier has floated tenders for short tenure loans even as the government is working on the modalities for the stake sale. 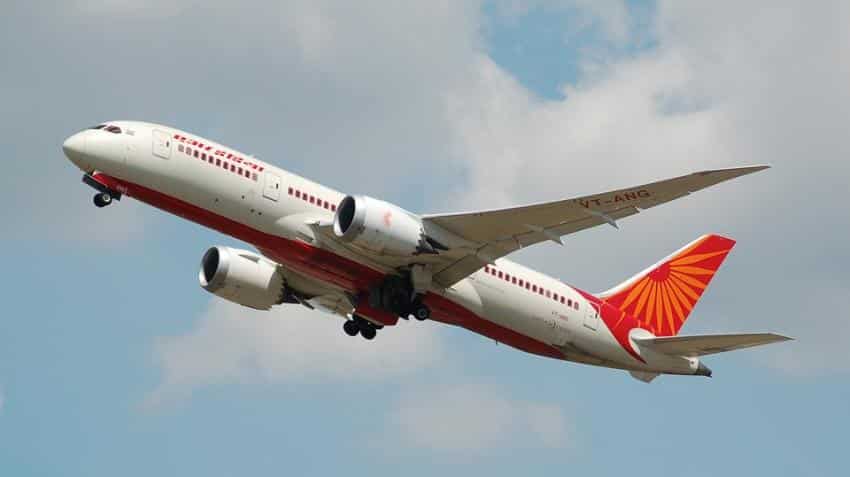 Disinvestment-bound Air India has sought proposals for short term loans worth Rs 1,500 crore to meet "urgent" working capital needs, according to a document.

This is the second time in little over a month that the flagship carrier has floated tenders for short tenure loans even as the government is working on the modalities for the stake sale.

The debt-laden carrier, which is surviving on taxpayers' money, is battling multiple headwinds, including financial woes and stiff competition.

In a document issued on October 18, Air India said it is looking for "government guarantee backed Indian Rupee short term loans totalling up to Rs 1,500 crore to meet its urgent working capital requirements".

The loan would have a tenure up to June 27, 2018 from the date of being availed and the deadline could be extended.

"The amount of Rs 1,500 crore will be drawn in one -three tranches... The Government of India guarantee, is valid up to June 27, 2018 or till the date of disinvestment," the document said.

With regard to the loan, the carrier has requested banks to submit their financial bids along with the amount they are willing to provide by October 26.

"Air India would like to draw the short term loan within three working days after awarding the acceptance letter to the successful bank/s," the document said.

Last month also, the airline had sought proposals for short-term loans of up to Rs 3,250 crore to meet urgent working capital requirements.

It could not be immediately ascertained whether the airline received adequate response for the document floated last month.

As part of a turnaround plan approved by the previous UPA regime, Air India is to receive up to Rs 30,231 crore from the government subject to meeting certain performance thresholds.

The embattled carrier has received around Rs 26,000 crore under the package so far.

In June this year, the Cabinet Committee on Economic Affairs (CCEA) gave its in-principle nod to the strategic disinvestment of the airline -- which has a debt burden of more than Rs 50,000 crore.

A ministerial group is now working on the disinvestment modalities, including treatment of Air India's unsustainable debt, hiving off of certain assets to a shell company, demerger and strategic disinvestment of three profit-making subsidiaries.