The demand has been made following a finance ministry assessment on Oct. 25 of the financial health of 14 state companies, including top miner NMDC Ltd and trading firm MMTC Ltd, according to a government document reviewed by Reuters. 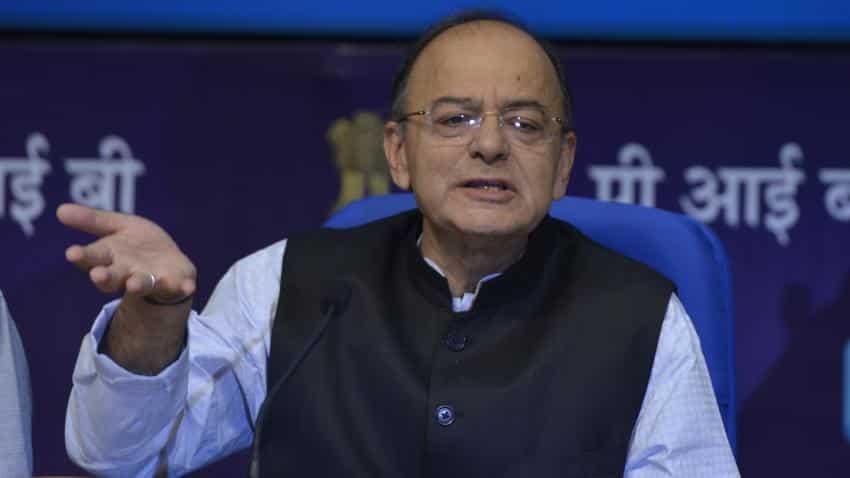 India is demanding millions of dollars in dividends from 12 reluctant state companies to make up for an expected tax revenue shortfall this fiscal year, as a slump in economic growth risks New Delhi overshooting its fiscal deficit target.

The demand has been made following a finance ministry assessment on Oct. 25 of the financial health of 14 state companies, including top miner NMDC Ltd and trading firm MMTC Ltd, according to a government document reviewed by Reuters.

The ministry asked 12 of the companies to payout between 30 percent and as much as 100 percent of their 2016/17 or 2017/18 net profit in dividends, share buybacks or bonus shares. The other two companies were exempted.

All state companies evaluated by the government sought exemptions. The finance ministry, NMDC and MMTC did not reply to Reuters emails seeking comment.

India`s federal budget is under pressure this year following an unexpected slump in economic growth, which slipped to its lowest level in three years in the three-months ending June, the first quarter of the 2017/18 fiscal year.

As of September, the half-way mark for the fiscal year, the budget deficit had reached 4.99 trillion rupees or more than 91 percent of its full-year target.

Surjit Bhalla, a member of the prime minister`s economic advisory council, told Reuters in an interview in October that the government wanted to stick with a budget deficit target of 3.2 percent.

The government`s revenues have also been hit by a sharply lower dividend from the central bank.DEMANDS

The assessment by the finance ministry did not specify the combined amount of payouts expected of the 12 companies.

But New Delhi has budgeted $21.86 billion in payouts from all state companies this fiscal year, slightly down on the previous fiscal year. Indian businesses have been disrupted by last year`s shock ban on high-value notes and the roll-out of a new national goods and services tax.

Indian state firms will only finalise their full dividend payouts for the current 2017/18 fiscal year in September next year.

NMDC has told the finance ministry it would only be able to pay less than half of the 25 billion rupees in dividend payouts that the government is demanding for the current fiscal year of 2017/18, a senior company executive said. He declined to be identified because of the sensitivity of the matter.

Three senior government officials said NMDC is reluctant to comply with the government`s demands because it already has to pay a 30-billion-rupee penalty to the eastern state of Odisha for illegal mining and needs cash for capital investments.

"Where will the money come from?" the source said.

That would compare with NMDC`s projected 2017/18 net profit, based on Thomson Reuters SmartEstimate data, of 37.7 billion rupees.

NMDC has also been asked to issue bonus shares before Sept. 30, 2018, the document showed.

The government has asked MMTC to pay 300 million rupees in dividends and issue bonus shares for 2016/17. The firm is seeking exemptions from both.

"The committee noted that MMTC`s defined reserves and surplus is more than 10 times of its paid-up equity share capital," the document said.

Three unlisted companies from defence and railways were asked to pay a maximum 100 percent of their net profit as dividend, the document showed.

A. Prasanna, an economist with ICICI Securities Primary Dealership in Mumbai, said the government had the right to seek higher dividends from cash-rich companies as long as the money was sitting idle.

"But asking all public sector units to step up investments and dividends at the same time may become counterproductive," he said. ($1=64.97 Indian rupees)