Economic Survey: For FY19, the government had pegged fiscal deficit target of 3.4% of GDP. 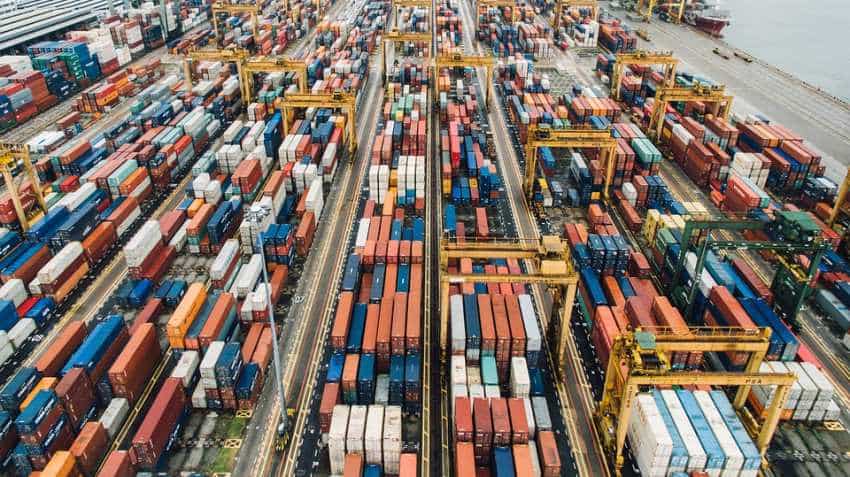 Just a day before the final budget 2019 announcement, the Ministry of Finance released the Economic Survey for 2018-19. Photo: Pixabay

Just a day before the final budget 2019 announcement, the Ministry of Finance released the Economic Survey for 2018-19, where it pointed out that several challenges face India's on the fiscal front. However, a ray of hope was also highlighted, as the government will be able to achieve its fiscal deficit target of 3% of GDP by FY20-21. Data released by controller general of accounts revealed that India's fiscal deficit came in at Rs 3.66 trillion already in the first two months of FY20, which has clocked 52% of full-year budget target. For FY19, the government had pegged fiscal deficit target of 3.4% of GDP. 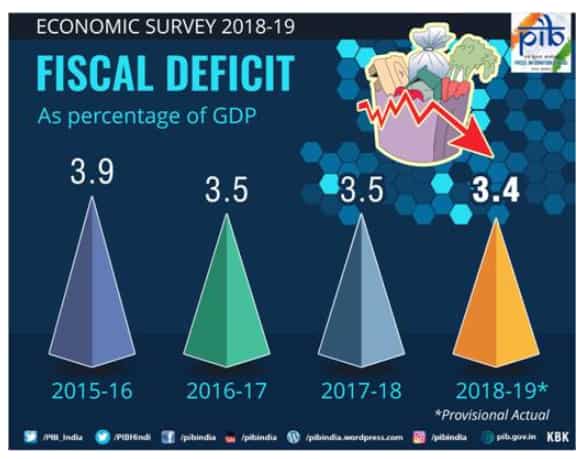 Cautioning, the economic survey says, " the coming year will pose several challenges on the fiscal front."

Firstly, there are apprehensions of slowing of growth, which will have implications for revenue collections. Secondly, the financial year 2018-19 has ended with shortfall in GST collections. Therefore, revenue buoyancy of GST will be key to improved resource position of both Central and State Governments.

Thirdly, resources for now expanded Pradhan Mantri Kisan Samman Nidhi (PM-KISAN) and Ayushmaan Bharat, as well as new initiatives of the new Government, will have to be found without compromising the fiscal deficit target as per the revised glide path.

Also, US sanctions on oil import from Iran is likely to have impact on oil prices and thereby on the petroleum subsidy, apart from implications for current account balances.

Finally, Fifteenth Finance Commission will submit its report for next five years beginning April 2020. Its recommendation especially on tax devolution will have implications for Central Government finances.

“Broadening and deepening the direct tax base and stabilization of Goods and Services Tax are the other priorities. Improving the quality of expenditure remains the key priority. Meeting allocational requirements without diversion from the newly revised fiscal glide path remains the foremost challenge. Despite several headwinds, Indian economy is expected to grow at 6.8 per cent (as per provisional estimates released by Central Statistics Office) in 2018-19 while maintaining macro-economic stability. The growth with macro-stability stems mainly from ongoing structural reform, fiscal discipline, efficient delivery of services and financial inclusion”, says the Survey.

Economic Survey 2023: 6.8% inflation not too high to deter private consumption, or weaken inducement to invest

Budget 2023: What is the Economic Survey of India and when is it presented? All you need to know