India all-rounder and start batsman Yuvraj Singh had scripted history when he smashed six sixes in an over against England in the first-ever T20I World Cup in 2007. 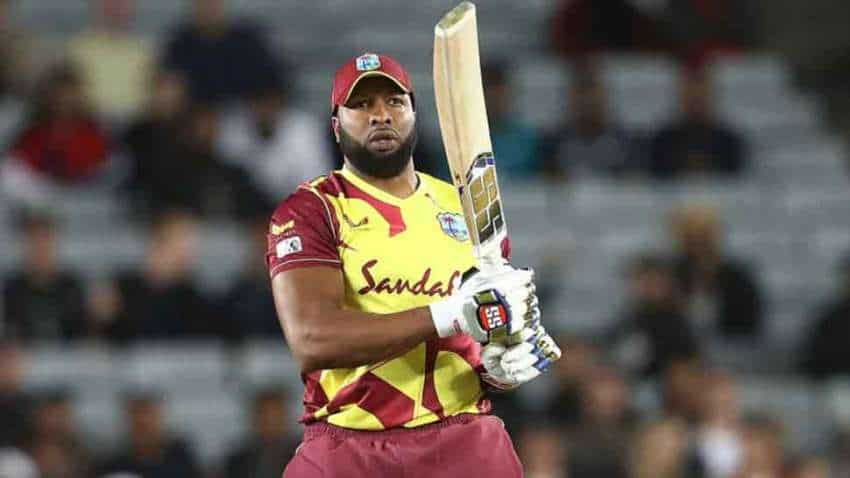 India all-rounder and start batsman Yuvraj Singh had scripted history when he smashed six sixes in an over against England in the first-ever T20I World Cup in 2007. Source: ICC Twitter
Reported By: ZeeBiz WebTeam
Written By: ZeeBiz WebTeam
RELATED NEWS

India all-rounder and start batsman Yuvraj Singh had scripted history when he smashed six sixes in an over against England in the first-ever T20I World Cup in 2007. Former Indian middle-order batsman has been joined by West Indies captain Kieron Pollard in the exclusive club. Pollard became the second player in international cricket to hit six sixes in an over in the T20I format.

Pollard slammed Sri Lankan off-spinner Akila Dananjaya for six sixes in the sixth over to become the second player after India’s Yuvraj Singh to do so in the shortest format of the game.

It was the 6th over of the game when Windies were chasing the target of 132 and had lost 4 wickets, Pollard joined the party and changed the dynamics of the game in just 1 over.

Dhananjay who went for 6 sixes picked a hattrick earlier in the game but Pollard had something else in mind to spoil his party. He dismissed Evin Lewis, Chris Gayle and Nicholas Pooran off successive deliveries.

Meanwhile, Pollard became the third batsman in international cricket to achieve the massive feat. It was South Africa Herschelle Gibbs who was the first one to do so in ODI match against the Netherlands in 2007. In the same year, Yuvraj slammed Stuart Broad for 6-sixes in an over in the inaugural T20 World Cup in South Africa.

West Indies won the match by four wickets and took a 1-0 lead in the three-match T20I series against Sri Lanka. Pollard was named Man of the Match for his exploits with the bat.