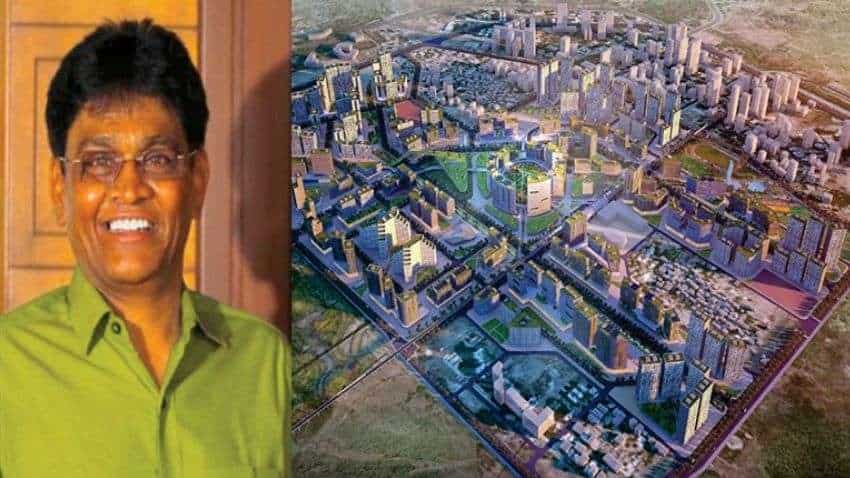 (By A Correspondent, Navi Mumbai)

Navi Mumbai is fast becoming the first choice of the corporate world owing to the tremendous progress in the region with advantages that it offers in terms of infrastructure, talent, costs and peace. The proposed Corporate Park planned by CIDCO at Kharghar is all set to make Navi Mumbai the most preferred destination, bypassing other major business centres in MMR area.

According to Shah, “When CIDCO initially planned Navi Mumbai, the Central Business District (CBD) was an integral part of its plan to attract the corporate sector. Today people know CBD as only the sector 11 and 15 areas.”

He informs, “Check the master plan of 1993 and you will know that the concept and plan was much bigger. It included several sectors of Kharghar, Kamothe and also Ulwe.”

States Bhupendra Shah, “Several big companies did come here in 1995-96 on the promise of airport and other infrastructure that CIDCO announced. They bought plots here which CIDCO offered on concessional rate based on the details given in the prospectus. Several banks too came.”

He added, “Cidco unfortunately failed in providing the much needed and very significant connectivity factor, which it was supposed to much earlier through projects like trans-harbour link, airport etc.  CIDCO also did not undertake the developments of SEZ and other such projects that are needed to attract the corporate sector. The big names hence did not develop their plots for their offices.”

Explained Shah, “Now however, the scenario has changed. CIDCO is now planning the ambitious 140 ha Corporate Park at Kharghar. This time Navi Mumbai has done what Nariman Point, Parel, BKC and Andheri were unable to do.”

He informed, “It has in place the requisite infrastructure like golf course, central park, cultural centre, educational institutions, hospitals and hotels which are in close proximity to the Corporate Park. It is also well connected by road, metro, the proposed international airport etc. The Corporate Park hence offers high quality of life with state of the art infrastructure.”

According to Shah, who is also the Chairman Trustee Board of Builders Association of Navi Mumbai, “CIDCO has appointed internationally renowned award winning architects Edifice Consultants Pvt Ltd to plan the project. With the objective of job creation, it is planned to be a finance centre for both high-end commercial and residential use for home to work concept. It will not only bolster the image of the city but also strengthen its commercial potential.”

Warned Shah, “CIDCO should not repeat its earliest mistake now. It should deliver as it is promising now and there will be no stopping Navi Mumbai from racing ahead. The Navi Mumbai real estate is booming already due to the IT sector. 75% of the people buying flats are from the city and working here, with just 25% coming from outside.”

Tracing the history of the business districts in MMR region, Shah said, “Office units in Nariman Point were selling at Rs 80,000 per sqft when it was at its peak. The price has now dropped to Rs 20,000 per sqft as the charm has reduced due to lack of facilities that the corporate world needs.”

He added, “People who had bought space in Parel as the factories were redeveloped for just Rs 150-200 per sqft have now shifted to BKC due to the traffic issues there.”

On the advantages in Navi Mumbai, Shah said, “The Corporate sector needs homes for every category, affordable, middle and luxury homes and they are all here in Navi Mumbai.”

Stated Bhupendra Shah, “For those looking for affordable homes there are Rs 15-20 lakh flats, the mid-segment has flats priced in the range of Rs 40 to Rs 80 lakh and then of course those looking for luxurious flats have options at Palm Beach Road, NRI colony and CBD Belapur.”

Concluded Shah, “The Corporate world is hence going to quit the other corporate zones and jump to the Navi Mumbai bandwagon in the next 15 years.”