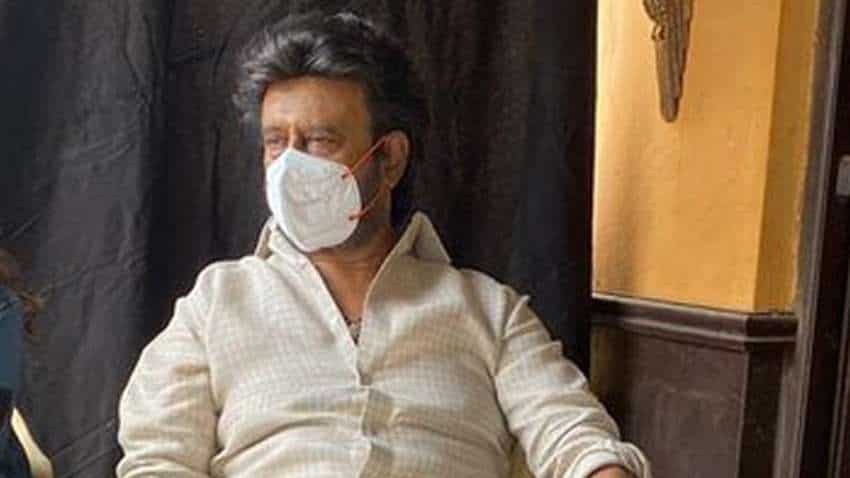 Rajinikanth is in the Telangana capital since December 13 to shoot for Tamil film. Pic from Sun Pictures.

Rajinikanth health condition: Apollo Hospitals Hyderabad on Sunday said there is nothing alarming in the medical reports of superstar Rajinikanth, being treated for blood pressure fluctuation and a team of doctors will evaluate him later in the day and take a decision on his discharge.

"All the investigation reports have come in and there is nothing alarming in the reports," a medical bulletin from the hospital said, providing an update on the 70-year-old actor's health, as per a report by PTI.

The team of doctors will evaluate him this afternoon and take a decision on his discharge, it added.

He is in the Telangana capital since December 13 to shoot for Tamil film, 'Annaatthe,' a Sun Pictures production.  The actor isolated himself after four of the crew members tested COVID-19 positive days ago. The superstar, however, tested negative.

The actor is set to launch his own political party next month ahead of the 2021 Tamil Nadu Assembly elections.