Nick Jonas recently revealed that he proposed his wife the very first time when they met. 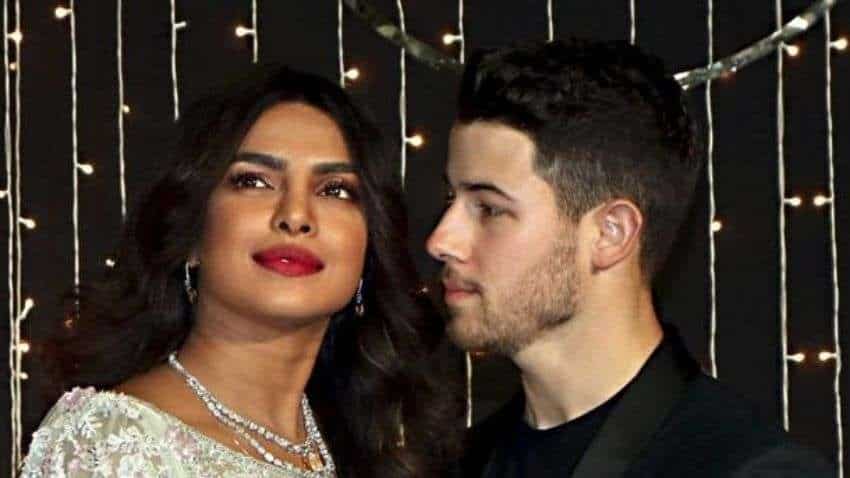 Nick Jonas, Priyanka Chopra: Who proposed to whom? What happened when they met for 1st time? Source: PTI

It has been more than two years since American singer Nick Jonas and Bollywood diva Priyanka Chopra tied the knot. The couple got married at the Umaid Bhavan Palace in Jodhpur on December 2, 2018. Nevertheless, there is no less enthusiasm among the fans about their love life. Recently, Nick Jonas revealed who proposed first in interaction with GQ magazine.

As per a report by bollywoodlife.com, Nick Jonas recently revealed that he proposed his wife the very first time when they met. When asked about this while speaking to GQ magazine, the American singer songwriter said, "Kind of. It was a sort of proposal. I did get down on one knee and say, 'Where have you been all my life?' But I didn't say, 'Will you marry me?' That came much later."

Priyanka Chopra and Nick Jonas is one of the most popular couples in the entertainment industry. Time and again this loved couple has set examples for relationship and couple goals.

Recently, the couple has taken an initiative of fundraising to help India's current battle against COVID-19. Last month, Priyanka Chopra Jonas took to social media and announced her initiative for fundraiser to help India combat the second wave of the COVID-19 pandemic that has adversely affected the country. Chopra shared a video on Instagram and said that India is her home and that it is bleeding and wrote, "India, my home, is suffering the world’s worst Covid crisis, and we all need to help! People are dying in record numbers. There is illness everywhere, and it’s only continuing to spread and kill at great speed and scale." On the other hand, Nick Jonas also appealed fans to contribute for India on twitter. He tweeted, "So much is needed to help the people of India battle COVID-19. Please consider contributing to help India cope with the crippling effects of the pandemic. #TogetherForIndia @GiveIndia."

Coming back to Nick's interaction, when asked whether his wife gives aby feedbacks on his albums, Nick informed, "She's the first person I play stuff for. Her input and opinions mean a lot to me, especially when it's something so directly tied to our experience and our relationship. She loved it, which was great." He also added that it is important to have a natural dialogue. The American singer also revealed that if one of them is working on something and the other feels that is not 100 per cent and there is room for improvement, they would point that out to each other out of love and respect.